Hotel employee Thomas Lee:
“Do Hotels survive without me?”
by Bolor Ider

On 18th September, some students of Mr. Eric`s class from University of Potomac interviewed a few protesters on the street at Hilton on Michigan Ave. 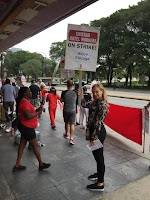 1st interviewee--- Leisure and hospitality jobs, which account for nearly 10 percent of employment in Illinois and across the Midwest, are disproportionately filled by immigrants, who not only wash dishes and clean hotel rooms but also do the most hard labor jobs, according to the report, released Thursday and the last in a series.

We can see the positive effects of immigration in the State of Illinois. Research showed that immigrants living in Chicago help grow the hospitality industry by allowing native-born workers to specialize in communication-intensive jobs like managerial positions, while immigrants often require more manual labor. A verified anonymous immigrant says he joined the union because he needed a secure job, even if he pays an annual member fee of 20% plus. From here, he believes his co-workers need to have sufficient healthcare coverage for their lives. He also mentioned that he is protesting for his immigrant co-workers, they`ve been working in the field for their whole lives, it`s their right to fight for where they feel they have been wronged. 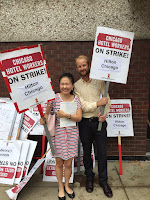 2nd interviewee---Christine, a house attendant at the Hilton Hotel: “...I still need my diabetes medication when I’m laid off. Nobody should lose their health benefits just because it’s cold out, doesn`t matter where you from and how the business went slow.” They believe that they work them like dogs when it`s busy and then kick them to the curb in the winter. Companies are hiring temporary workers during the glooming business season to avoid full time employee benefits. But we suffer from it, we do more labors while those temporary workers are not trained.
Let`s just focus on the healthcare. After about a week of negotiations, a strike was called to secure health insurance for hotel staff that are laid off in winter when business is slower. Employees say they’ve had enough of management eliminating positions in the winter and piling more work on the staff that’s left 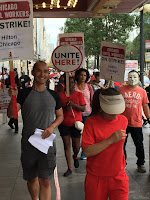 3rd interviewee---Wilson, non-union member security worker at Hilton Chicago believes workers need a right to protest even without involving Union. It`s good some of us to fight for having a good life, however, the union taking money from its members but asking workers to be on strike themselves instead of finding a way to do the negotiation in a way that benefit both parts. “They had no choice, but to protest” said by Wilson. They can`t apply to County Care, because they are at the right above the line of Medicaid requirement, but they are not wealthy enough to afford high insurance costs.

Question:
Didn`t they know their healthcare policy when signed the contract with their employers?
---Some of them are known, while some are not with their education or because their lack of attention on this section of the contract. Indeed, the contact has already ended this year August. Workers didn`t want to keep the previous contract, they want change! They believe everything has to be changed at least little if economy also changes. On this, one of the worker stated that he is getting the same salary, but expenses are getting increased.

Being the U.S. Citizen is a dream for all immigrants. I moved to the U.S. in 2012 to pursue a better life. I attended school to get my english better. Fall semester in 2015 was the first time I heard about MAVNI program. MAVNI (Military Accessions Vital to the National Interest) is a program for non-immigrants to join U.S. military with special language skill. The Defense Department promises us to expedite citizenship once we finish Basic Combat Training. So, I enlisted in U.S. Army Reserve with a hope to be a part of this amazing country. Unfortunately, this program was shut down and slowed down the process. I and the other 5,000 MAVNIs got an effect of it. Nobody has gotten a ship date for their BCT. I have been serving as a U.S. military for 2 year and a half. I have been going for pre-basic training in my future military unit every month for 2 years to learn new things. Now, I am still waiting for my ship date to become a real U.S. Army. I am very proud to join U.S. military and protect this great nation. My wish is that my dream will become true soon. 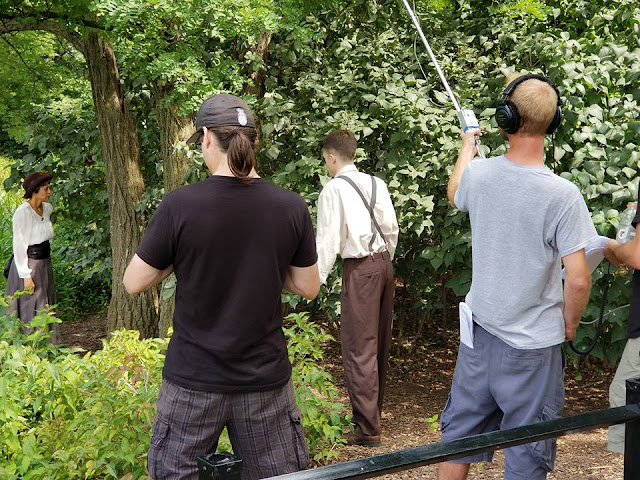 When a mother visits her dying son, old wounds from childhood are unearthed; wounds that can’t easily be healed. The mother is Lucy Parsons, fierce lifelong defender of the working class. We follow Albert Parsons Jr., whose father was the face of the 1880's Chicago labor movement and was hanged for it, as he spends his final days in a tuberculosis sanitarium outside Chicago. Through young Albert’s eyes we witness the grizzly events unfold that was to become known as the Haymarket Square Riot.

On May 4, 1886, Chicago was rocked by the first dynamite bomb thrown in America, America’s first red scare, and the first time people were tried for conspiracy to commit murder without ever having caught the bomb thrower.

https://www.gofundme.com/the-haymarket-sweat-and-tears
Hi family, friends and fans, thanks for coming to our page!  Our team has been passionately working on this project, and we are now in the last push of preproduction where we need your help to get this film finished and submitted to festivals to reach a large audience...

Bloody Haymarket: Sweat and Tears is written and directed by Eric Coleman, David McGrath and Wayne Kupferer with the help of Jenny Miller, Executive Producer.
Rounding out the cast is the illustrious Tonya Simmons as Lucy Parsons, the powerful Eric K. Roberts as Albert Parsons Jr., and the sensational Peter Murray as Albert Parsons Sr.
Joining us on this project is the brilliant set designer James Scalfani, original music composed by Christopher Doucet, and editing/ graphics by Joe Vecchio.
The following items are needed to make this project come to fruition: props, shooting permits, makeup and visual effects, lighting and sound equipment, costumes of the era, film festival submission fees and other costly things I’m certainly forgetting. 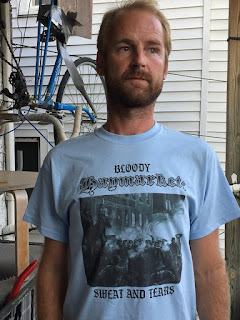 I am so thankful and eager for you to join us as we relive this part of Chicago history all should know. With a generous donation of $20 you will receive a DVD copy of the film, $50 gets you a DVD and t-shirt and $100 gets you a DVD, t-shirt, and a mention in the credits.

Thank you for helping us bring their throttled voices back to life! 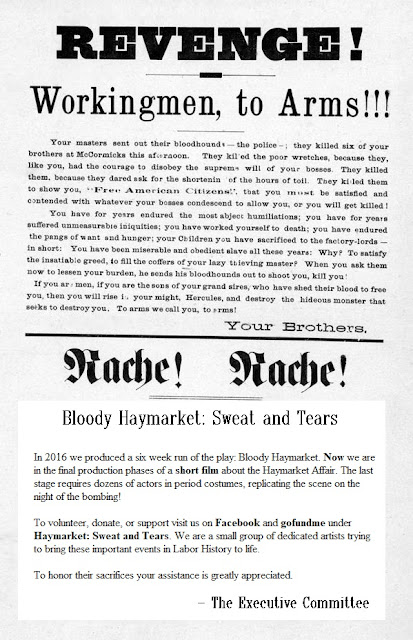 Below is the original theatrical production
upon which the short film is based: 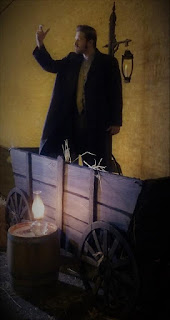