On May 4, 1886, a bomb exploded at a Chicago labor rally, wounding dozens of policemen, seven of whom eventually died. A wave of mass hysteria swept the country, leading to a sensational trial that culminated in four controversial executions, and dealing a blow to the labor movement from which it would take decades to recover. Here is what Louis Lingg, one of the damned, said in Court between the conviction and Sentencing. His fate was grim. Days before his execution he lit a cigar in his jail cell. The cigar had a dynamite cap lodged inside. He blew off his head. It is still unclear if this most heinous end was a defiant suicide by a man who refused to be taken at the gallows or something far more sinister. The guards often gave him gifts. 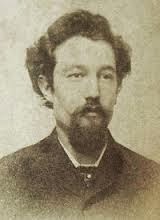 Court of Justice! With the same irony with which you have regarded my efforts to win in this “free land of America,” a livelihood such as humankind is worthy to enjoy, do you now, after condemning me to death, concede me the liberty of making a final speech. I accept your concession; but it is only for the purpose of exposing the injustice, the calumnies and the outrages which have been heaped upon me.
You have accused me of murder, and convicted me: What proof have you brought that I am guilty?

In the first place, you have brought this fellow Seliger to testify against me. Him I have helped to make bombs, and you have further proven that with the assistance of another, I took those bombs to No. 58 Clybourn avenue, but what you have not proven—even with the assistance of your bought “squealer,” Seliger, who would appear to have acted such a prominent part in the affair—is that any of those bombs were taken to the haymarket.

A couple of chemists also, have been brought here as specialists, yet they could only state that the metal of which the haymarket bomb was made bore a certain resemblance to those bombs of mine, and your Mr. Ingham has vainly endeavored to deny that the bombs were quite different. He had to admit that there was a difference of a full half inch in their diameters, although he suppressed the fact that there was also a difference of a quarter of an inch in the thickness of the shell. This is the kind of evidence upon which you have convicted me.

It is not murder, however, of which you have convicted me. The judge has stated that much only this morning in his resume of the case, and Grinnell has repeatedly asserted that we were being tried not for murder, but for anarchy, so the condemnation is—that I am an anarchist!

What is anarchy? This is a subject which my comrades have explained with sufficient clearness, and it is unnecessary for me to go over it again. They have told you plainly enough what our aims are. The state’s attorney, however, has not given you that information. He has merely criticized and condemned, not the doctrines of anarchy, but our methods of giving them practical effect, and even here he has maintained a discreet silence as to the fact that those methods were forced upon us by the brutality of the police. Grinnell’s own proffered remedy for our grievances is the ballot and combination of trades unions, and Ingham has even avowed the desirability of a six-hour movement! But the fact is, that at every attempt to wield the ballot, at every endeavor to combine the efforts of workingmen, you have displayed the brutal violence of the police club, and this is why I have recommended rude force, to combat the ruder force of the police. 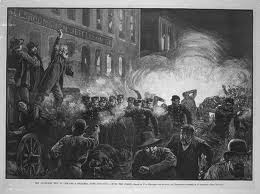 You have charged me with despising “law and order.”What does your “law and order” amount to? Its representatives are the police, and they have thieves in their ranks. Here sits Captain Schaack. He has himself admitted to me that my hat and books have been stolen from him in his office—stolen by policemen. These are your defenders of property rights! The detectives again, who arrested me, forced their way into my room like housebreakers, under false pretenses, giving the name of a carpenter, Lorenz, of Burlington street. They have sworn that I was alone in my room, therein perjuring themselves. You have not subpoenaed this lady, Mrs. Klein, who was present, and could have sworn that the aforesaid detectives broke into my room under false pretenses, and that their testimonies are perjured
But let us go further. In Schaack we have a captain of the police, and he also has perjured himself. He has sworn that I admitted to him being present at the Monday night meeting, whereas I distinctly informed him that I was at a carpenters' meeting at Zepf’s Hall. He has sworn again that I told him that I also learned to make bombs from Herr Most’s book. That also is a perjury. 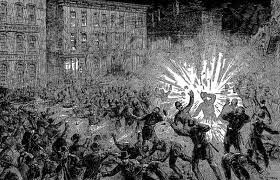 Let us go still a step higher among these representatives of law and order. Grinnell and his associates have permitted perjury, and I say that they have done it knowingly. The proof has been adduced by my counsel, and with my own eyes I have seen Grinnell point out to Gilmer, eight days before he came upon the stand, the persons of the men whom he was to swear against.

While I, as I have stated above, believe in force for the sake of winning for myself and fellow-workmen a livelihood such as men ought to have, Grinnell, on the other hand, through his police and other rogues, has suborned perjury in order to murder seven men, of whom I am one. Grinnell had the pitiful courage here in the courtroom, where I could not defend myself, to call me a coward! The scoundrel! A fellow who has leagued himself with a parcel of base, hireling knaves, to bring me to the gallows.

Why? For no earthly reason save a contemptible selfishness—a desire to 'rise in the world“—to ”make money," forsooth.
This wretch—who, by means of the perjuries of other wretches is going to murder seven men—is the fellow who calls me “coward”! And yet you blame me for despising such “defenders of the law” such unspeakable hypocrites!

Anarchy means no domination or authority of one man over another, yet you call that “disorder.” A system which advocates no such “order” as shall require the services of rogues and thieves to defend it you call “disorder.” 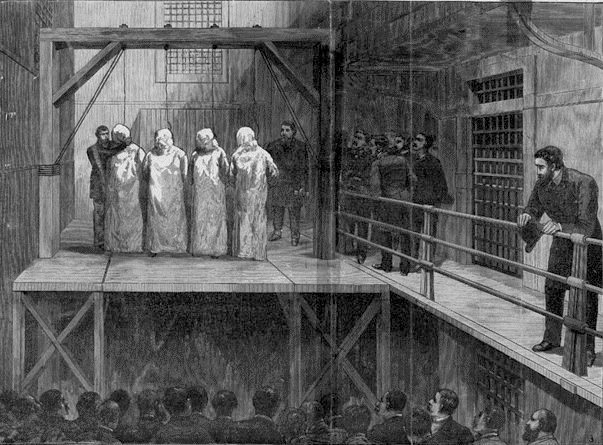 The Judge himself was forced to admit that the state’s attorney had not been able to connect me with the bombthrowing. The latter knows how to get around it, however. He charges me with being a “conspirator.” How does he prove it? Simply by declaring the International Working People’s Association to be a “conspiracy.” I was a member of that body, so he has the charge securely fastened on me. Excellent! Nothing is too difficult for the genius of a state’s attorney!

It is hardly incumbent upon me to review the relations which I occupy to my companions in misfortune. I can say truly and openly that I am not as intimate with my fellow prisoners as I am with Captain Schaack.

The universal misery, the ravages of the capitalistic hyena have brought us together in our agitation, not as persons, but as workers in the same cause. Such is the “conspiracy” of which you have convicted me.

I protest against the conviction, against the decision of the court. I do not recognize
your law, jumbled together as it is by the nobodies of bygone centuries, and I do not recognize the decision of the court. My own counsel have conclusively proven from the decisions of equally high courts that a new trial must be granted us. The state’s attorney quotes three times as many decisions from perhaps still higher courts to prove the opposite, and I am convinced that if, in another trial, these decisions should be supported by twenty-one volumes, they will adduce one hundred in support of the contrary, if it is anarchists who are to be tried. And not even under such a law—a law that a schoolboy must despise—not even by such methods have they been able to “legally” convict us.

They have suborned perjury to boot.

I tell you frankly and openly, I am for force. I have already told Captain Schaack, “if they use cannons against us, we shall use dynamite against them.” I repeat that I am the enemy of the “order”of today, and I repeat that, with all my powers, so long as breath remains in me, I shall combat it. I declare again, frankly and openly, that I am in favor of using force. I have told Captain Schaack, and I stand by it,“if you cannonade us, we shall dynamite you.” You laugh! Perhaps you think,“you’ll throw no more bombs”; but let me assure you I die happy on the gallows, so confident am I that the hundreds and thousands to whom I have spoken will remember my words; and when you shall have hanged us, then—mark my words—they will do the bombthrowing! In this hope do I say to you: I despise you. I despise your order, your laws, your force-propped authority. Hang me for it! 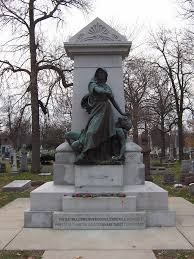