Some films like those of Mel Brooks are cultural reference machines. Sitcoms such as Simpsons and Seinfeld are TV institutions and often include history, cultural observations, and paying homage to classic films.

Take this for instance. In the episode below Kramer gets hit by a loogie and Jerry, with Newman's help, tries to determine the spit's origin. The scene draws on President John F. Kennedy's assassination and specifically Oliver Stone's movie JFK, which was based on Jim Garrison's real life trial to get to the bottom of who killed the President.

And here's the Scene from Oliver Stone's JFK


Indeed, it can be said that modern day idioms, expressions, and colloquialisms are now being generated by movies, TV, and social media instead of books and old word wisedom passed down from generation to generation as was the case in the past. Some expressions are used with little knowledge of where they came from.


And just like other idioms they can become cliche and overused. Also there's the phenomenon of expressions disappering and then re-appearing sometimes years later, such as the case with "bye Felicia".

It's important to familiarize yourself with the most popular films and TV shows (IMDB has a list of the top 100 movies).  When imitating these scenes it's usual to copy the rythm of speech and intonation of the actor who said the line.

Here is a smattering of some more famous lines:

back to the future
https://www.youtube.com/watch?v=k0kswK2aI08 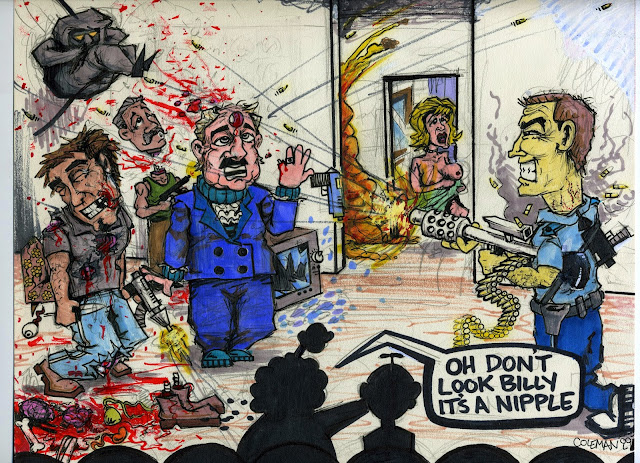