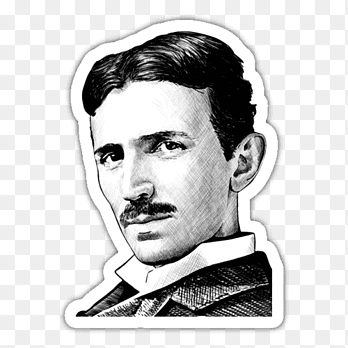 After Nikola Tesla was found dead in January 1943 in his hotel room in New York City, representatives of the U.S. government's Office of Alien Property seized many documents relating to the brilliant and prolific 86-year-old inventor's work.

It was the height of World War II, and Tesla had claimed to have invented a powerful particle-beam weapon, known as the “Death Ray,” that could have proved invaluable in the ongoing conflict. So rather than risk Tesla’s technology falling into the hands of America’s enemies, the government swooped in and took possession of all the property and documents from his room at the New Yorker Hotel.

What happened to Tesla’s files from there, as well as what exactly was in those files, remains shrouded in mystery—and ripe for conspiracy theories. After years of fielding questions about possible cover-ups, the FBI finally declassified some 250 pages of Tesla-related documents under the Freedom of Information Act in 2016. The bureau followed up with two additional releases, the latest in March 2018. But even with the publication of these documents, many questions still remain unanswered—and some of Tesla’s files are still missing.

Three weeks after the Serbian-American inventor’s death, an electrical engineer from the Massachusetts Institute of Technology (MIT) was tasked with evaluating his papers to determine whether they contained “any ideas of significant value.” According to the declassified files, Dr. John G. Trump reported that his analysis showed Tesla’s efforts to be “primarily of a speculative, philosophical and promotional character” and said the papers did “not include new sound, workable principles or methods for realizing such results.”

Who Was Nikola Tesla?

Nikola Tesla was an engineer and scientist known for designing the alternating-current (AC) electric system, which is the predominant electrical system used across the world today. He also created the "Tesla coil," which is still used in radio technology.

Born in modern-day Croatia, Tesla came to the United States in 1884 and briefly worked with Thomas Edison before the two parted ways. He sold several patent rights, including those to his AC machinery, to George Westinghouse.

Tesla was one of five children, including siblings Dane, Angelina, Milka and Marica. Tesla's interest in electrical invention was spurred by his mother, Djuka Mandic, who invented small household appliances in her spare time while her son was growing up.

Tesla's father, Milutin Tesla, was a Serbian orthodox priest and a writer, and he pushed for his son to join the priesthood. But Nikola's interests lay squarely in the sciences.

After studying at the Realschule, Karlstadt (later renamed the Johann-Rudolph-Glauber Realschule Karlstadt) in Germany; the Polytechnic Institute in Graz, Austria; and the University of Prague during the 1870s, Tesla moved to Budapest, where for a time he worked at the Central Telephone Exchange.

Throughout his career, Tesla discovered, designed and developed ideas for a number of important inventions — most of which were officially patented by other inventors — including dynamos (electrical generators similar to batteries) and the induction motor.

He was also a pioneer in the discovery of radar technology, X-ray technology, remote control and the rotating magnetic field — the basis of most AC machinery. Tesla is most well-known for his contributions in AC electricity and for the Tesla coil.

Tesla designed the alternating-current (AC) electrical system, which would quickly become the preeminent power system of the 20th century and has remained the worldwide standard ever since. In 1887, Tesla found funding for his new Tesla Electric Company, and by the end of the year, he had successfully filed several patents for AC-based inventions.

Tesla's AC system soon caught the attention of American engineer and businessman George Westinghouse, who was seeking a solution to supplying the nation with long-distance power. Convinced that Tesla's inventions would help him achieve this, in 1888 he purchased his patents for $60,000 in cash and stock in the Westinghouse Corporation.

As interest in an AC system grew, Tesla and Westinghouse were put in direct competition with Thomas Edison, who was intent on selling his direct-current (DC) system to the nation. A negative press campaign was soon waged by Edison, in an attempt to undermine interest in AC power.

Unfortunately for Edison, the Westinghouse Corporation was chosen to supply the lighting at the 1893 World's Columbian Exposition in Chicago, and Tesla conducted demonstrations of his AC system there.

In 1895, Tesla designed what was among the first AC hydroelectric power plants in the United States, at Niagara Falls.

The following year, it was used to power the city of Buffalo, New York — a feat that was highly publicized throughout the world and helped further AC electricity’s path to becoming the world’s power system.

In the late 19th century, Tesla patented the Tesla coil, which laid the foundation for wireless technologies and is still used in radio technology today. The heart of an electrical circuit, the Tesla coil is an inductor used in many early radio transmission antennas.