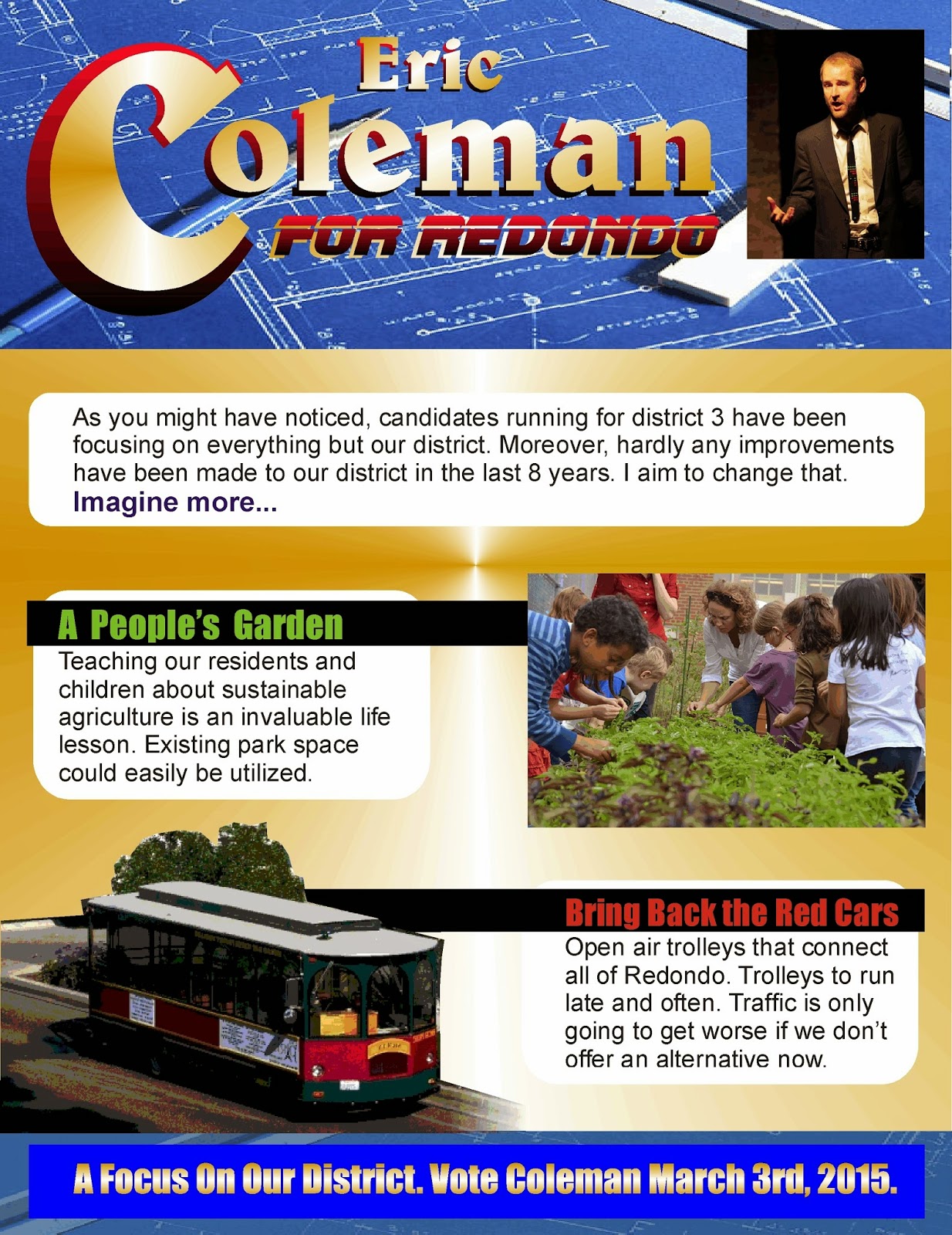 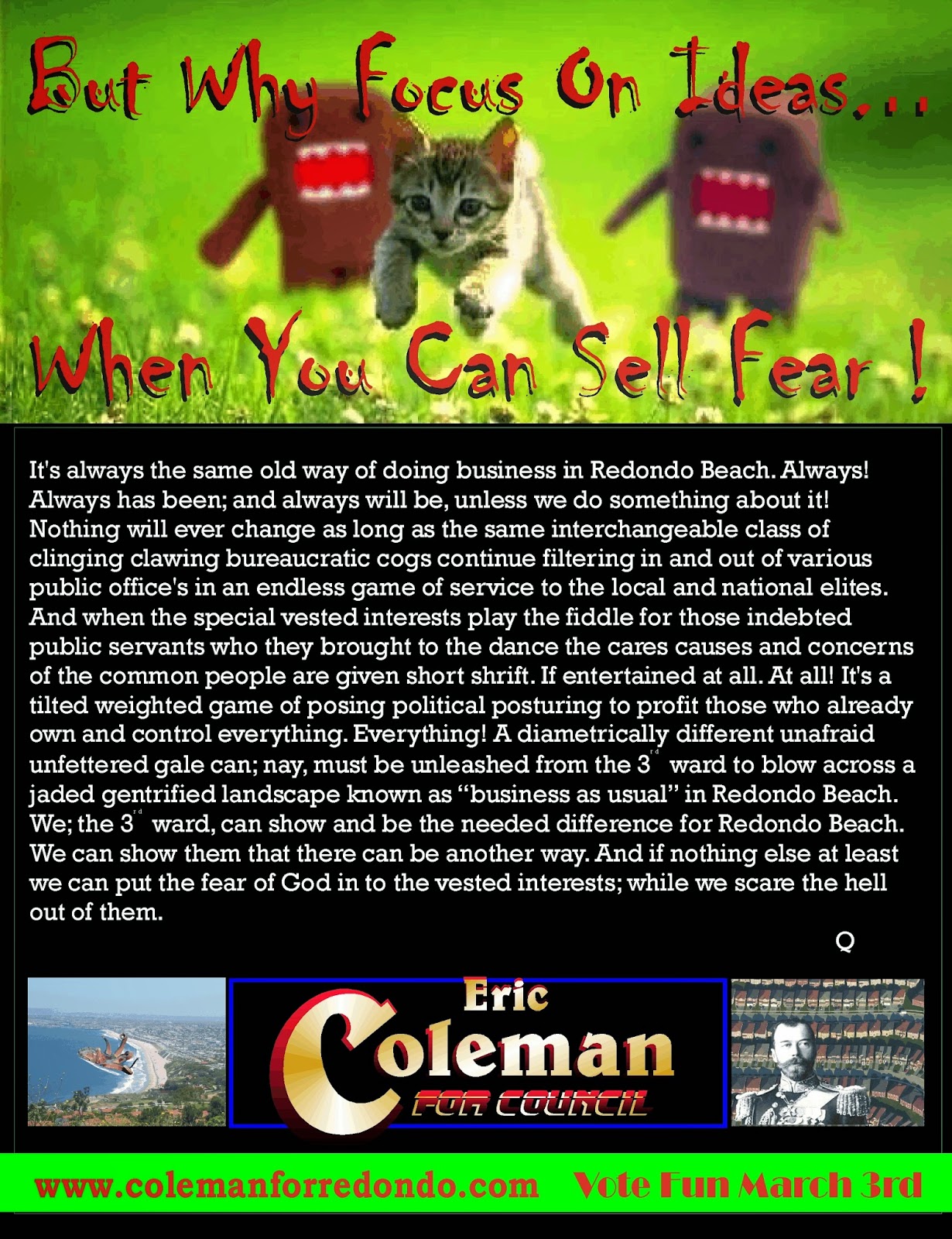 
Redondo or beachside Redondo nor Riviera Village Redondo. No special interests Redondo represented by the local elite. And no marginalized Redondo ignored by that same local elite. But rather an all encompassing where issues that concern the whole of Redondo can be discussed debated and decided upon by all irregardless of their wealth, position, location, or special interest they may carry. And yet as we all know the key phrase here is “decided upon.” Yes issues are debated and discussed in a public forum. Yes the form and outline of democracy is followed. They put on a well rehearsed show. And yet why do many of us have a sneaking suspicion that the issue; whatever issue, has already been decided? And it seems never for those who don’t have deep pockets or close commercial connections. Does everything have to be about gentrification shopping and more development? We harbor no illusions and understand the powerful yet subtle lock that the connected vested commercial interests have on our local government. To acknowledge that reality can be disheartening and cause one to feel disenfranchised. Don’t be. Citizens who feel they have little or no effective input on issues that affect them and all are crying out for a voice. That voice; our voice must emanate from the 3rd ward; the forgotten ward. We can and must lead the way with fresh and different ideas that will fly in the face of the “business as usual” special interest politics that have defined for years. Breaking the suffocating lock of the Good Ole Boys has to begin somewhere. Let it begin in the 3rd ward. Send a loud unambiguous message. This city belongs to all of us not just the vested moneyed commercial interests and the local elites that serve them. There is no time like the present and that moment is now. Vote for us. Vote for Redondo. Vote for the 3rd ward. Vote Coleman.
Q 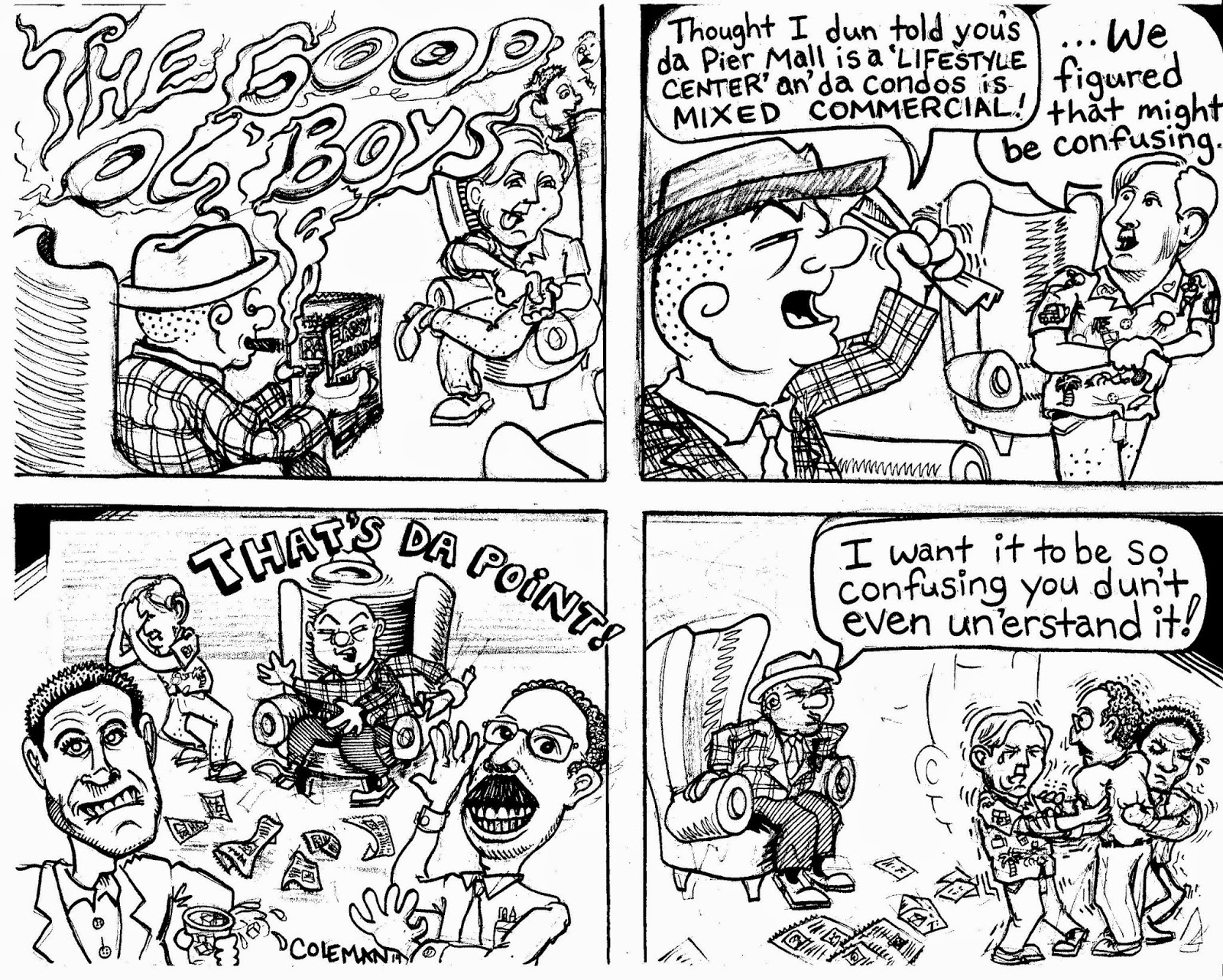 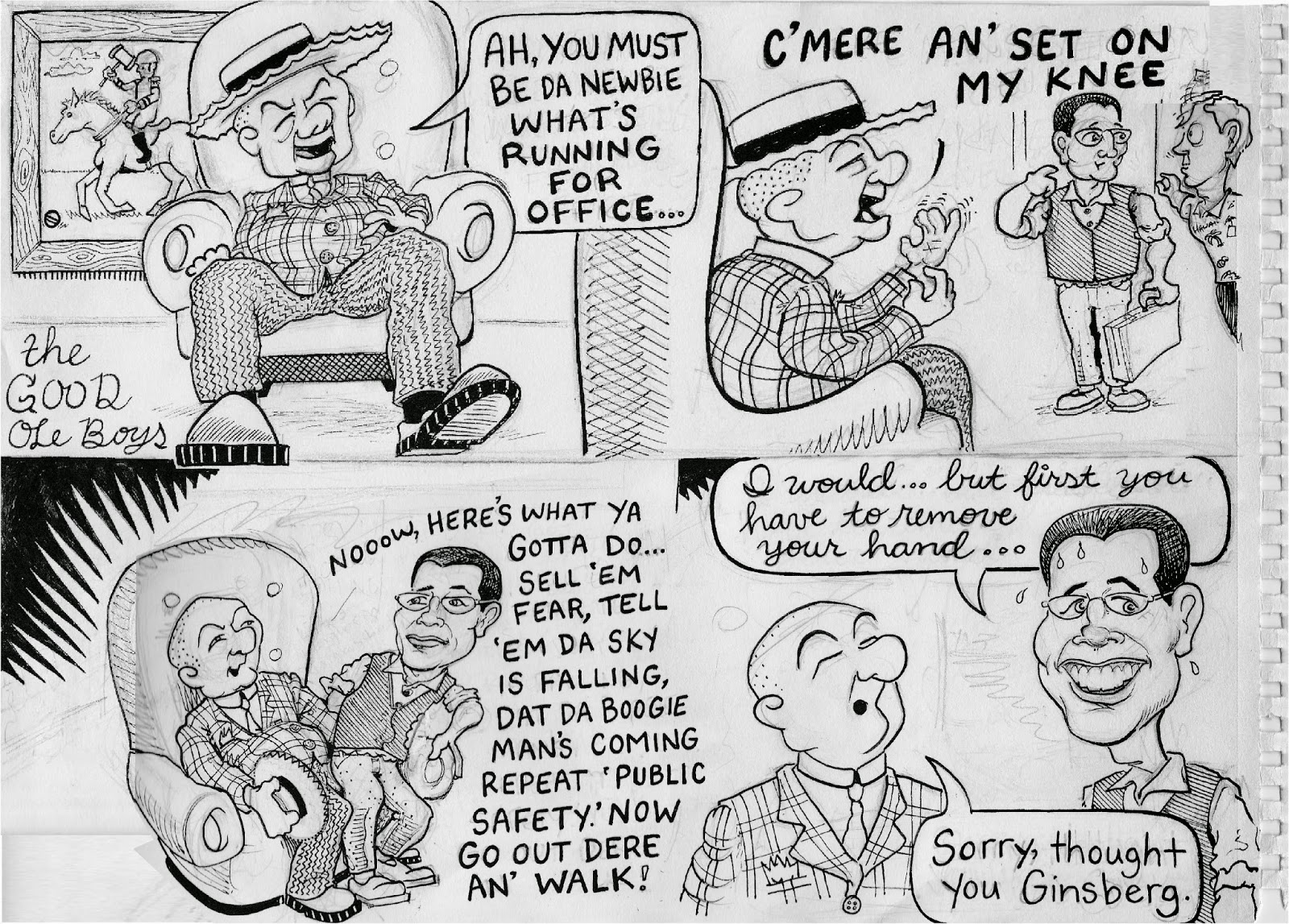 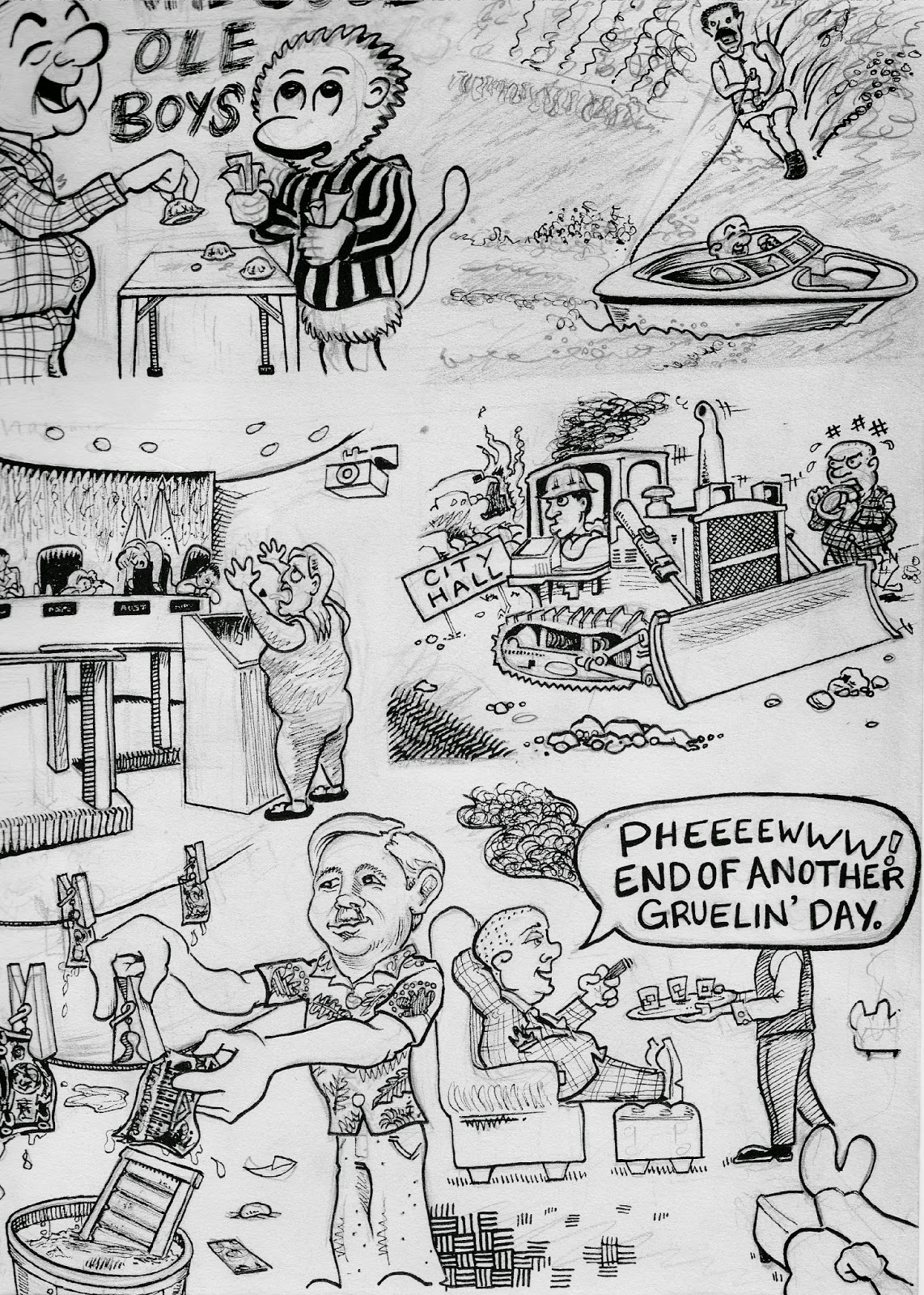 This Campaign is Dedicated to the Memory of
Chester Powelson. We are going to win this for Chester, he would have wanted it that way. 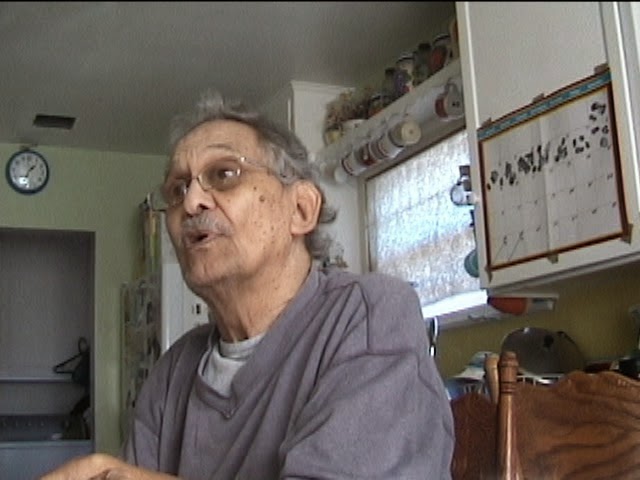 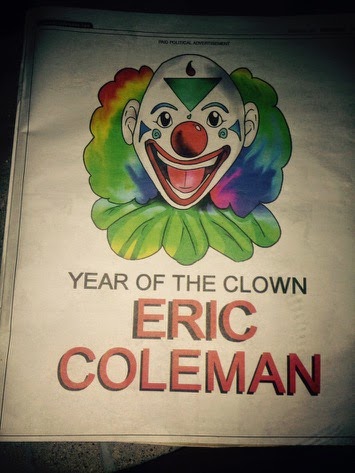