A TED TALK ON LOVE 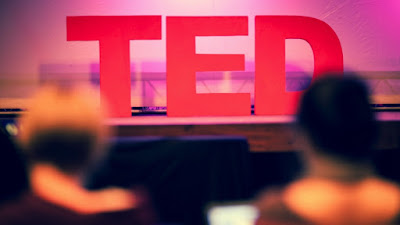 TED (or TIM) TALK sandwich board reads:
‘Vance Goodmore and the Psychology of Love’

‘Exciting Times: The Future of Robotics with Professor Yakimoto Kirosaki’

INT.   CONFERENCE ROOM  DAY
Scores of people fill the audience like anonymous judges in the court of public opinion.

From behind the curtain, Vance makes jabs at the curtain in an attempt to find the opening. Finding the part, he enters.

A few steps later he trips and barely manages to keep his footing.

He pans the audience disheveled, half-shaven, and sweaty. Squinting with bleary eyes he has trouble making out anything more than an audience of blobs.
Vance CLEARS THROAT and blinks some.

He presses a CLICKER. 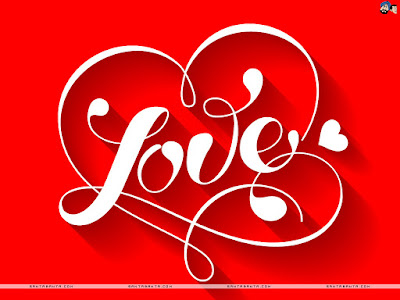 His initial jitters fade and he regains his composure, becoming the consummate professional. 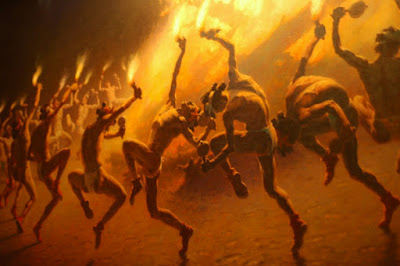 NEXT SLIDE: People dancing around a bonfire.

VANCE
Around the world people dance, sing, fight, kill and die
for Love… but what is it… really? 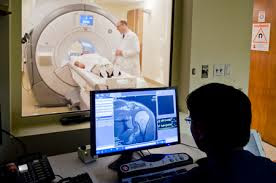 NEXT SLIDE: A person about ready to be fed into an MRI 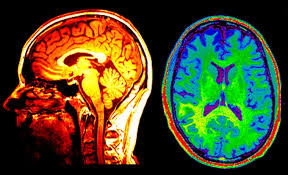 NEXT SLIDE: brain scan with a small area lit up mid-brain.

VANCE
Activity in a tiny little factory near the base of the brain
called the ventral tegmental area. We found activity in some
cells called the A10 cells. Cells that actually make dopamine. 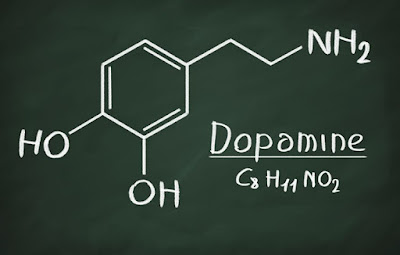 NEXT SLIDE: Diagram of the chemical structure of dopamine.

VANCE
A natural stimulant, and the cells spray it to many regions. Indeed,
the A10 region is part of the brain’s reward system. It’s below
the brain’s cognitive functions, the thinking processes, it’s
below your emotions, it’s part of what we call the reptilian
core of the brain associated with wanting, with motivation,
with focus, and with craving. A region of the brain that will
take huge risks for enormous gains. A big rush. 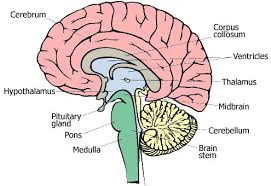 NEXT SLIDE: map showing the different regions of brain; neo-cortex, limbic, and reptilian. Vance gives a lazy blink and subtly sticks out his tongue with the slide in background.

Vance uses his cell phone as a prop and on instinct almost presses the button to check his phone. He slips the phone back into his pocket.

VANCE
And to a much larger degree the same kind of rush and the
same region of the brain that is activated by doing cocaine. 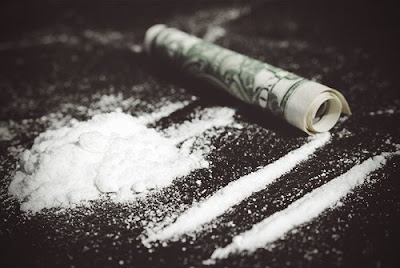 NEXT SLIDE: Cocaine laid out on a table.

VANCE
But just like the rush of cocaine, what goes up must come down.

NEXT SLIDE: The word ‘Entropy’, text is dissolved and scattered towards end of word.

VANCE
Or another way to put it; entropy. Everything moves in one
direction; from order to chaos, from hot to cold, this is
the second rule of thermodynamics, according to the laws
of Phyllis… physics… physics…

Vance takes a long blink and a deep breath. He opens his eyes and glares out on the audience sneering.

VANCE
I’ve studied this perverse, fuzzy feel good concept for most of my
adult life. And I have come to the undeniable conclusion
that love is no different than motorcycle racing, chanting
mantras for many hours in high altitudes, or the adrenaline
rush that comes from jumping off a cliff without a parachute.
Love’s sole purpose is to keep down the infant mortality rate.
A cruel trick of evolutionary biology. Love is biochemically no
different than eating large amounts of chocolate! But I
digest… digress…

Vance lifts the CLICKER and glowers. 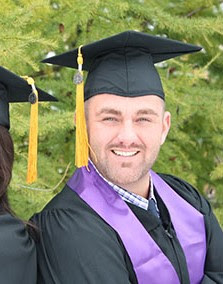 NEXT SLIDE: A picture of Vance on graduation day in cap and gown; holding someone who’s been cropped out of the photo.

VANCE
I graduated from Ohio State University the same year the
Big Ear Radio Telescope was dismantled to make way for
a golf course expansion. For decades the Big Ear
had been searching the skies for signs of extraterrestrial
intelligence. 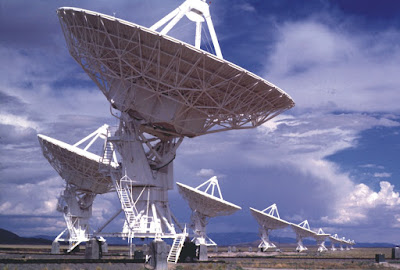 VANCE
They thought they found it in 1977. Radio astronomer
Jerry Ehman was combing through observation data,
looking for evidence that alien civilizations might be trying
to communicate using radio waves, when he saw something
so interesting and so unique that he circled it and wrote
‘WOW’ in the margin. 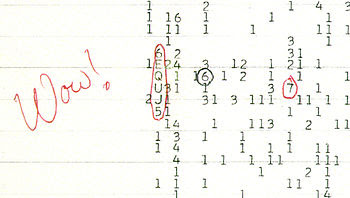 NEXT SLIDE: picture of the ‘wow’ data print out.

VANCE
It turned out to be nothing… probably nothing… but that
didn’t matter as much, because for that one brief moment
he had found what he was looking for, the possibility that
there was something out there, something that might end
humanity’s isolation. That’s what love is. And sometimes
you send out those messages not expecting to hear back,
like SETI, like the search for Extra Terrestrial
Intelligence. Love is a hoax.

Vance takes out his cell phone, hovers his thumb over it as if to text, then lets it fall to the ground and stomps it into oblivion with the heel of his boot. He loses his footing and falls to the ground. Heaving some, Vance is on the verge of sobbing.

VANCE
But it doesn’t end there. Oh no. Oh God no. You see, a month
after that signal was received the Voyager 1 was launched
into deep space, far away from our Solar System. The Voyager 1
is the furthest man-made object from earth, ever. Aboard NASA
included a gold plated record that contained information about
humanity. They put lots and lots of audio on the disk, but one
song, one song in particular, a song by Blind Willie Johnson,
called ‘Dark was the Night and Cold was on the Ground’ was
chosen to represent to whoever or whatever found it what the
human emotion of loneliness is. Blind Willie Johnson wasn’t blind
his whole life, he was blinded when his step-mother threw lye
in his face and he died of Malarial fever when his home burned
down and he had nowhere else to live but on wet newspaper…
And now his song is out there in interstellar space representing…
that song… that song…  love is… it’s a crocodile… on the…

Unable to contain his welling emotions, Vance loses it and breaks down CRYING. Enter a robot with a tissue extended being controlled remotely by Professor Yakimoto. 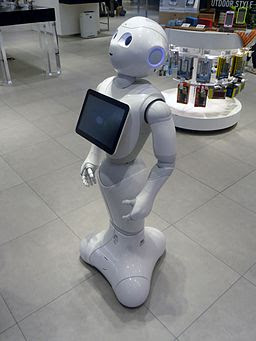 Vance looks up momentarily and, returning face to cupped hands, CRYS even harder. 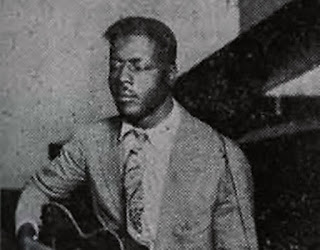 The TED (or TIM) TALK logo flys across the screen.