JJ Weldon is our top pick for City Manager. JJ has a very impressive resume. Besides being a preacher, JJ has managed a town in Guyana, and received zero complaints from the residents. 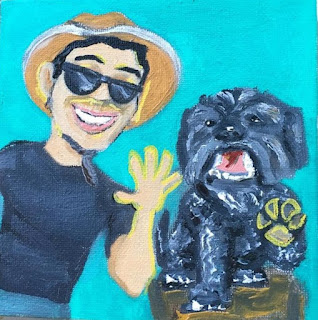 Make way for Andre n' Sawyer, who we are happy to name as Captains of the New Task Force To Enforce Doggie Decency and Obscenity Ordinances. These brand new laws, which are for your own good by the way, include provisions for pooches that make it illegal for any casual canine to leave the house without wearing pants. What's that you say my friend? Streaking pups not a big deal? Not a big deal?! The Security of the State Must Maintained At All Costs!!! Violators shall be leashed. Oh, and also, with Bill Brand's Crowd banning plastic bags, we'll probably have to insist on Doggie Diapers in the not-too-distant future, as well. 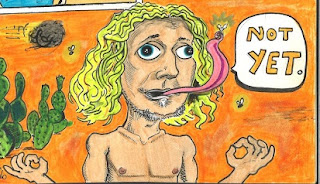 Going by the stage name of Quick Cow Si, our cabinet pick for Ministry of Edibles has already been confirmed by the Grand Council of Andromeda. The galactic space authority, not the town west of Albuquerque. Last time I checked he was a hobo millionaire. Si will help make Our Administration so transparent that it is invisible. 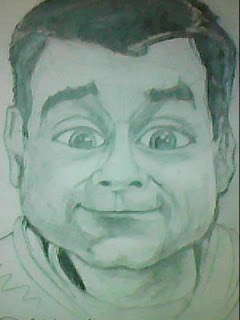 Boom! Up next we got Dave McGrathers for Secretary of Transportation. Bold initiatives are what this man is all about! Traffic jam? No problem. We're tearing up the streets and laying down sod! Don't have a bike? Tough cookies! Time to slip on some slippers. Dummies! 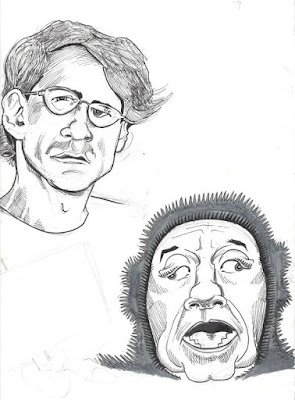 Who could forget Jamie Quinones and Michael Tannenberg for the Department of Disaster Preparedness. A wanted slipper thief, Quinones has a ton of experience with disasters. Like that one time when Dave pushed him through a plate-glass window. When no disasters are on the horizon Quinones and Tannenberg will be given snow shovels and posted outside Redondo City Hall in case a snow storm pounds our fair hamlet. For this job they will be paid $135,000 a year. Oddly enough, this is roughly half the amount Bill Workman was paid for doing even less work. 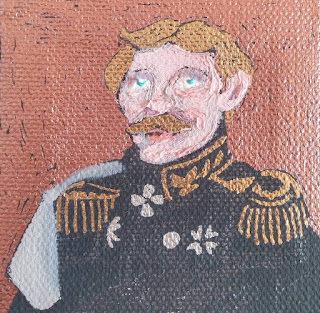 Commodore Torp has been confirmed for Press Secretary. Commodore Torp has a way with words and boy can he sell. I once overheard him close a wrong number. He will be able to sell anyone on the Abusement... or rather Amusement Park set to swallow Redondo and every hapless chap in it. Torp has an interesting idea: Sell the Pier to an Indian tribe and give them permission to turn it into a casino, or, better yet, incorporate Redondo into a tribe and take on the project ourselves. 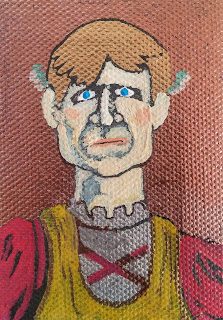 Next we have Dale Maximus, a truly enigmatic figure, for the newly created position of Pier Czar and Head of Security. This local knows a punk when he sees one and knows how to get the trains moving. Dale being a Billionaire Real Estate Tycoon was a major factor in this decision. 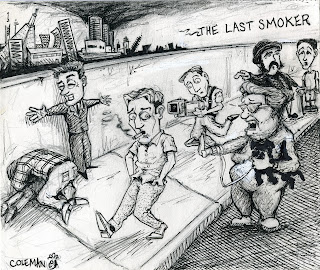 Gavin McGroggy is to be named Head of the Department of Smoking as well as Redondo's Ambassador to Israel. Gavin has always had deep love for the Jewish people. Just ask Scott Trimble. Juggling positions, Gavin is also to be the sole bureaucrat in the Ministry of Information. Why appoint a Babblesmith to Ministry of Information, you ask? That's easy! Because when people are confused, worried, or angry they tend to buy stuff, which is great for our bottom line. 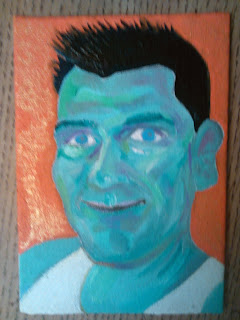 I talk to a lot of people. People like Dexter. I asked Dexter, what is the number one problem facing our City? And you know what he said? Stuff. He doesn't have enough stuff. And see, that's the problem. Politician's promise stuff but then they don't deliver on that promise. So what are we going to do folks? Are we going to stop believing in stuff? No. That's silly. What we need to do is stop believing in Politicians and what they say. Well except for me, believe me and what I save to say. Oh yeah, and yourself, believe in yourself. That's important. You should believe in yourself. And, of course, Dexter. Believe in Dexter. He's a good egg. And that's why he is the new Secretary of Stuff. 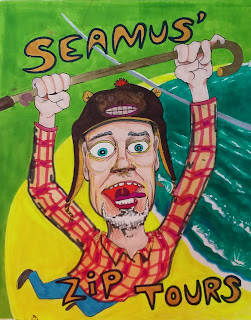 We are lucky to have Seamus O'Blivion as Secretary of Fun. I mean, just look at him. Guy's a riot. Seamus will also be in charge of Redondo's Emergency Booze Supply, which is only to broken into when Pat Aust comes around to burn down the pier again. The little firebug inevitably will and when he does we'll all sit back and raise a toast to the fantastic spectacle over the bay. 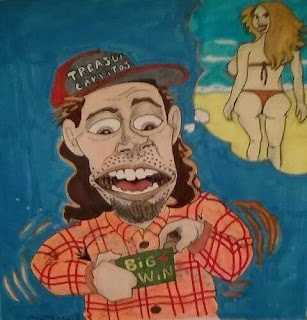 Far from being just a regular guy, Carlitos, our next Treasurer, is sure to turn Redondo's fortunes around. We are certain his winning streak shall be the rising tide that lifts all boats. Even if Carlitos blows $50,000 on Scratchers, it will still be a much better management of funds than under the Current Administration who spent the same amount on the City's slogan: More to Sea. Stayed up all night but it was worth it, huh? Also, Carlitos would make a great Head of Children's Protective Services because of that one time he saved that kid from bursting into flames when the dummy was standing too close to the fireplace at Charlie's Place. 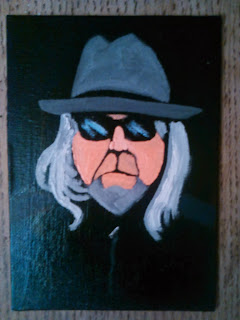 Cantucius will serve as Resident Rock Star and Ambassador to Japan. His long and checkered past was a major factor in the decision. 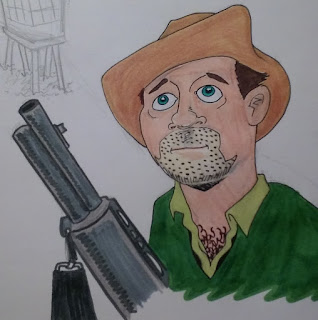 Jones has been named Game Warden to the New Theme Park; Gloriously Wholesome Park, or Glory Whole, for short. His primary job is keeping the dinosaurs, who live in condos above the Pier, safely and solidly in the Park. 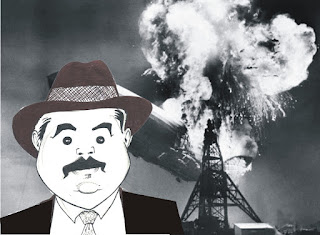 Joe Von Ohio is to be the named the Under-Secretary For Blowing Things Way Out of Proportion. The founder and flounder of JoeFest, this man has had a long history of making mole hills into mountains, like the time someone dropped their keys and he dove under his desk thinking it was a gun shot. Joe is considered an asset, not a liability, or maybe just an ass. 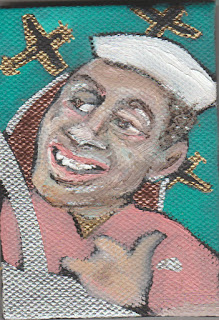 Watch out Jack, our next pick for Secretary of War is Anthony Hermondo. He'll keep the troops in line. This legendary Military figure shall be our point man on the secret plan to burn down the Redondo Chamber of Commerce and blame it on the Communists in Manhattan Beach. Moreover, his photography skills are to serve greatly in our propaganda efforts. 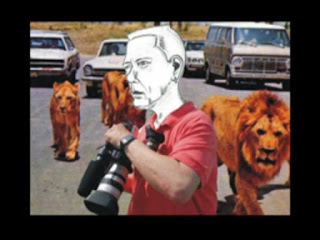 Copperer is one heck of a choice for Secretary of Secretaries. He will be interviewing non-stop until we find quality receptionists to fill all positions, except missionary, that's so vanilla. 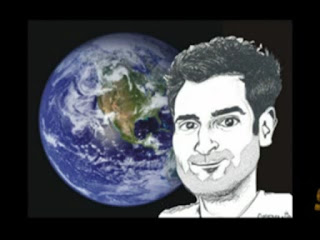 Stefan Squirrel is now in charge of Housing and Urban Development. His plan; tear down North Redondo's ramshackle housing (mostly made from cardboard, stucco, duct tape, and those little snap on bits you get from IKEA) and replace them with, you guessed it, geodesic domes. Good luck Stefan and God speed. 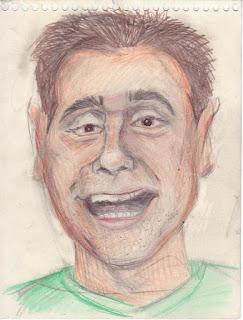 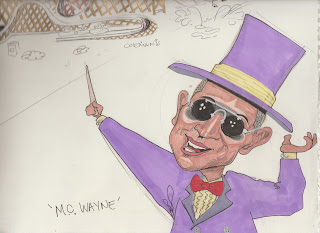 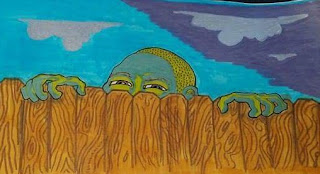 Foreheads above the rest, dis guy Cy is confirmed as our new Secretary of De Fence. 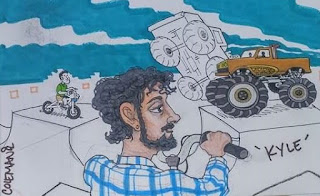 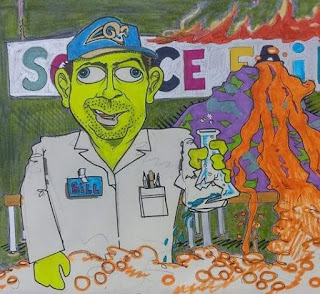 Bill Rock has been ramrodded into a position of Chief Science Advisor. 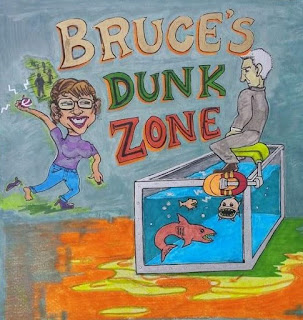 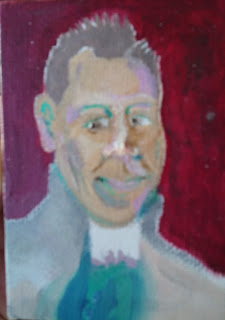 Mark Wood is our pick for Constitutional Legal Advisor. That's right folks, blow the dust off that ol' parchment, we're returning to the Constitution! 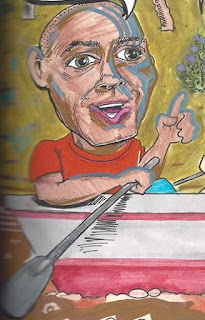 Captain Rick is now Head of Our Theme Park's Pyrotechnics Division. We found one of Pat Aust's journals in the charred remains of the old pier. We have our playbook. Bring S'mores It'll be the biggest thing since Pat Aust's Festival of Light! 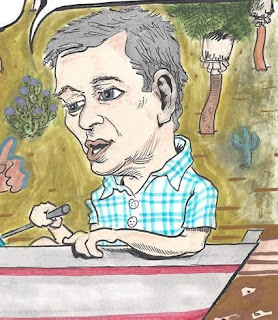 Finally we have PETE NORAD to act as DEEP STATE. He pulls the strings.

And he likes to watch.