the MEDIA just doesn't GET IT!

We've got some bad Huevos in this omelet called Redondo and it's time to Drain the Lagoon in our fair hamlet. It's no wonder the crooked system is against me. Beware! The Press is truly the enemy of the people, and David Mendez is a hatchet man for the World Bank.

They are afraid, because this campaign is Taking Off Like A Rocket while the Dishonest Media is oblivious.

Special Thanks to Oh (Oscar) Shengjun for the Video. We have the best students at Poly! Truly terrific students. 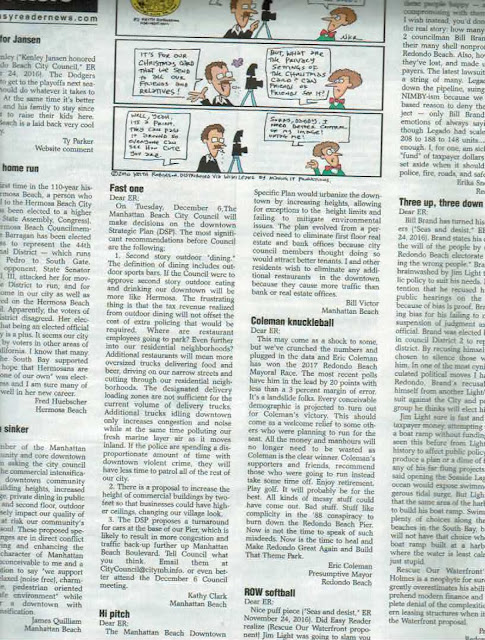 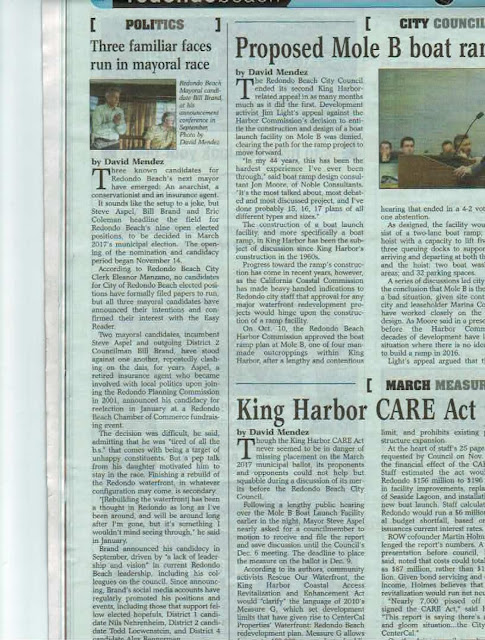 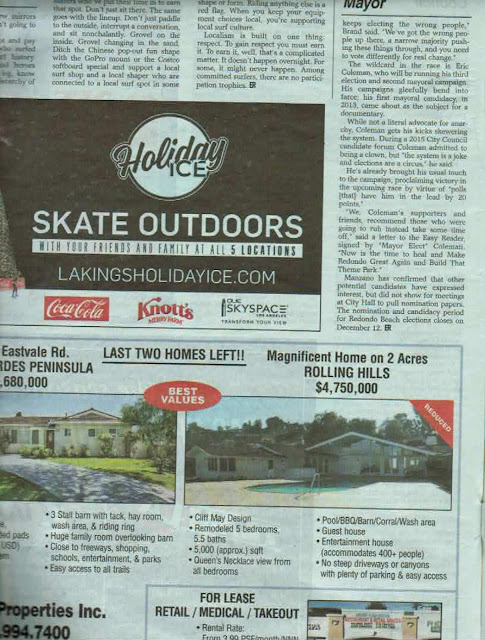 I am asking all my beautiful supporters to write silly letters about how serious our campaign is to turn Redondo into a World Class Abusement Park. Send letters care of the failing Beach Reporter and flood their facebook comments page. 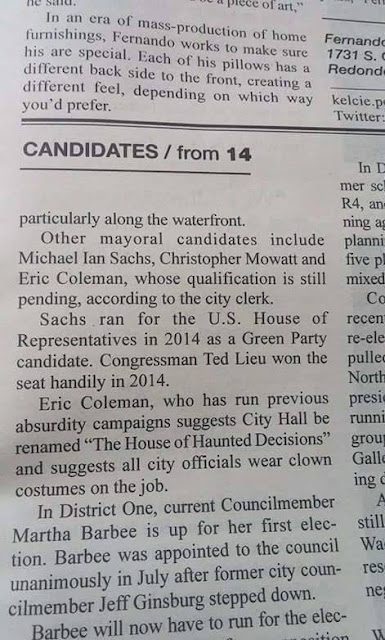 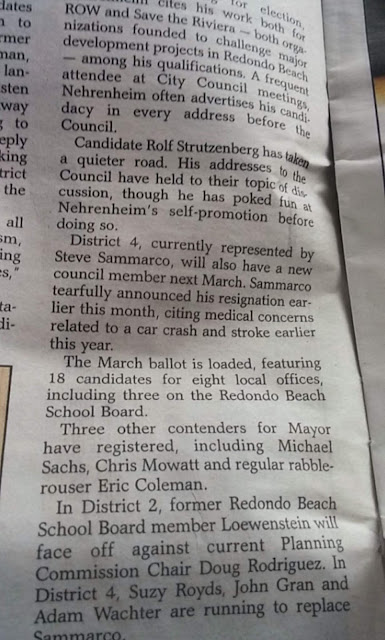 Who is this Mowatt character?
A real human enigma, it seems.

I am a member of the Mowatt for Mayor of Redondo circuit, and let me tell you, our rallies are always enlightening. The crowds we draw are electric and never fail to thunder when Mowatt mentions the current polls have him surging to the lead. Easy Reader please shine a light on this bright guy, he is a real live wire. Mowatt has the spark, he is the jump start this electorate has been waiting for! 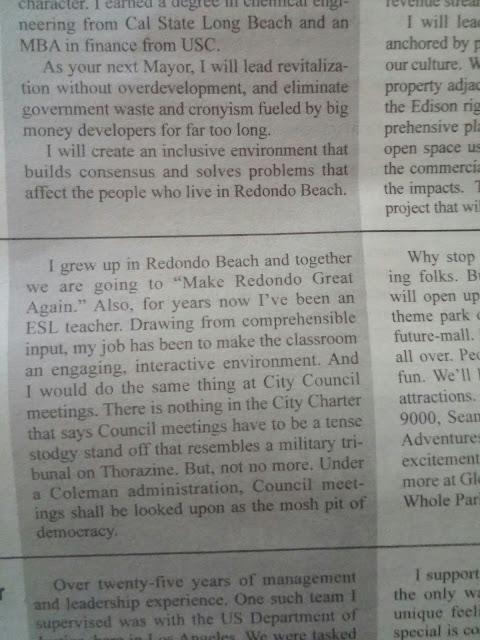 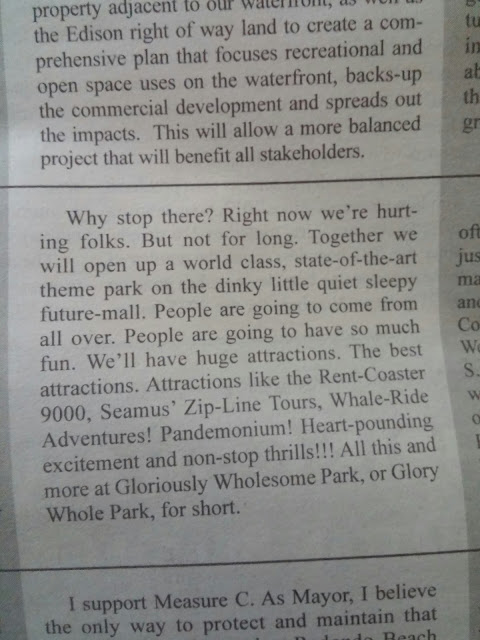 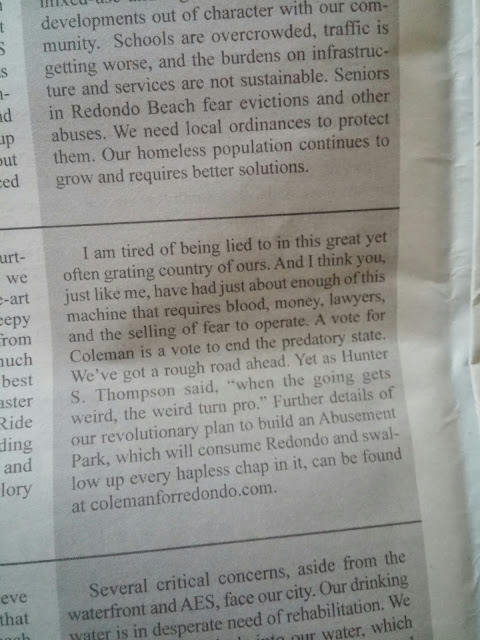 Received this letter today from a concerned supporter:

I have been doing some research on the current campaign and have uncovered some troubling information. It seems that while your competitors claim to be non-sexist and gender-neutral, they all harbor deeply seated sex and gender biases. For example, each of them typically refer to restrooms as the "men's" and "women's" rooms, rather than the proper designation of "restroom facilities typically used by (males or females)." This lack of strict adherence to codes of political correctness points to major character flaws in your opponents. I believe that this discovery also uncovers a strategic opportunity for you to take the lead on this issue - by making a public announcement that as a display of personal sensitivity to the importance of gender neutrality, you will be eliminating the male suffix contained in your current family name, and re-introducing yourself as Eric "Cole-person." I would advise that you please consider doing this immediately. 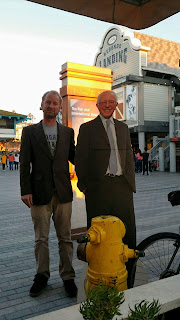 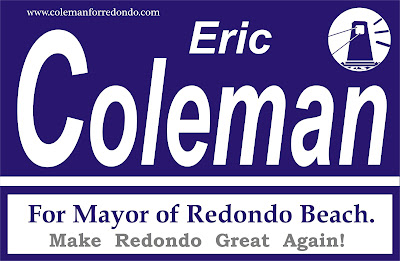 The Coleman Campaign is now accepting suggestions on what to call the Abusement... Or Amusement Park, rather, that is set to consume Redondo and every hapless chap in it. Winner gets a caricature!