YOU GOT RIGHTS, FOLKS!

Mario Savio on the operation of the machine
"Every leap of civilization was built off the back of a disposable workforce. We lost our stomach for slaves unless engineered. But I can only make so many. That barren pasture empty and salted, right here. The dead space between the stars. And this, the seat that we must change for heaven. I cannot breed them. So help me, I have tried. We need more Replicants than can ever be assembled. Millions, so we can be trillions more. We could storm Eden and retake her."

Throughout much of history, people acquired rights and responsibilities through their membership in a group – a family, indigenous nation, religion, class, community, or state. Most societies have had traditions similar to the "golden rule" of "Do unto others as you would have them do unto you."

The Hindu Vedas, the Babylonian Code of Hammurabi, the Bible, the Quran (Koran), and the Analects of Confucius are five of the oldest written sources which address questions of people’s duties, rights, and responsibilities. In addition, the Inca and Aztec codes of conduct and justice and an Iroquois Constitution were Native American sources that existed well before the 18th century. In fact, all societies, whether in oral or written tradition, have had systems of propriety and justice as well as ways of tending to the health and welfare of their members.

Documents asserting individual rights, such the Magna Carta (1215), the English Bill of Rights (1689), the French Declaration on the Rights of Man and Citizen (1789), and the US Constitution and Bill of Rights (1791) are the written precursors to many of today’s human rights documents. Yet many of these documents, when originally translated into policy, excluded women, people of color, and members of certain social, religious, economic, and political groups. Nevertheless, oppressed people throughout the world have drawn on the principles these documents express to support revolutions that assert the right to self-determination. 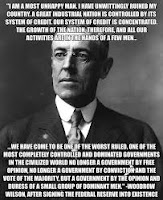 Contemporary international human rights law and the establishment of the United Nations (UN) have important historical antecedents. Efforts in the 19th century to prohibit the slave trade and to limit the horrors of war are prime examples. In 1919, countries established the International Labor Organization (ILO) to oversee treaties protecting workers with respect to their rights, including their health and safety. Concern over the protection of certain minority groups was raised by the League of Nations at the end of the First World War. However, this organization for international peace and cooperation, created by the victorious European allies, never achieved its goals. The League floundered in part because the United States refused to join.

While President Wilson didn't sign on with the League of Nations, he did sign the Federal Reserve into existence, and later lamented the creation of this debt bondage.

But do we really have rights...

It’s never going to get any better, don’t look for it, be happy with what you’ve got.

Because the owners, the owners of this country don't want that. I'm talking about the real owners now, the BIG owners! The Wealthy… the REAL owners! The big wealthy business interests that control things and make all the important decisions.

Forget the politicians. They are irrelevant. The politicians are put there to give you the idea that you have freedom of choice. You don't. You have no choice! You have OWNERS! They OWN YOU. They own everything. They own all the important land. They own and control the corporations. They’ve long since bought, and paid for the Senate, the Congress, the state houses, the city halls, they got the judges in their back pockets and they own all the big media companies, so they control just about all of the news and information you get to hear. They got you by the balls.

That's right. They don’t want people who are smart enough to sit around a kitchen table and think about how badly they’re getting fucked by a system that threw them overboard 30 fucking years ago. They don’t want that!

You know what they want? They want obedient workers. Obedient workers, people who are just smart enough to run the machines and do the paperwork. And just dumb enough to passively accept all these increasingly shitty jobs with the lower pay, the longer hours, the reduced benefits, the end of overtime and vanishing pension that disappears the minute you go to collect it, and now they’re coming for your Social Security money. They want your retirement money. They want it back so they can give it to their criminal friends on Wall Street, and you know something? They’ll get it. They’ll get it all from you sooner or later cause they own this fucking place! It's a big club, and you ain’t in it!  You, and I, are not in the big club.

By the way, it's the same big club they use to beat you over the head with all day long when they tell you what to believe. All day long beating you over the head with their media telling you what to believe, what to think and what to buy. The table has tilted folks. The game is rigged and nobody seems to notice. Nobody seems to care! Good honest hard-working people; white collar, blue collar it doesn’t matter what color shirt you have on. Good honest hard-working people continue, these are people of modest means, continue to elect these rich cock suckers who don’t give a fuck about you….they don’t give a fuck about you… they don’t give a FUCK about you.

They don’t care about you at all… at all… AT ALL.  And nobody seems to notice. Nobody seems to care. That's what the owners count on. The fact that Americans will probably remain willfully ignorant of the big red, white and blue dick that's being jammed up their assholes everyday, because the owners of this country know the truth.

It's called the American Dream, because you have to be asleep to believe it.

Or do we even need to be told that we have them? Isn't freedom a personal choice?

Plato's Allegory of the Cave

So where do these supposed rights come from? The State? The sovereignty of the Individual? Higher power?

MAJOR PHILOSOPHERS
John Locke had some interesting ideas about Natural Law...
John Locke and the romantic Jean Jacques Rousseau ideas of Individual Liberty and Natural Law seemed to  win out over the pessimism of Thomas Hobbes...
(watch video conclusion at 5:28)
And the Utilitarianism of Jeremy Bentham who believed in the most good for the most number of people even if it competed with individual rights.
This philosophy was later adopted by corporations and morphed into something called Cost-Benefit-Analysis. This type of computing often lead to cold decisions being made for sake of what was best for the company. One example being the debacle of the Ford Pinto and rear end collisions. 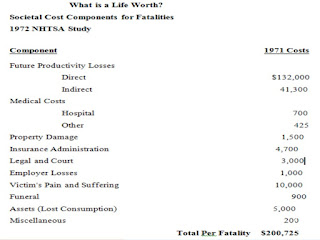 Bentham's Utilitarianism has been credited with influencing Karl Marx in the Communist Manifesto.

A Republic exists to protect the Rights of a minority against the Opulence of the majority. Without these protections a democracy can quickly become a situation where two people vote for the other guy's wallet to help pay for a program he or she doesn't necessarily agree with. In his Harvard ethics classes, Sandel introduces Robert Nozick, a libertarian philosopher, who argues that individuals have the fundamental right to choose how they want to live their own lives. I own myself and thus have a right to do with myself as I please. You own yourself and have the same right. I don’t own you and you don’t own me. This gives each one of us rights not only to ourselves, but also to the fruits of our labor.
In his most famous work, Anarchy, State, and Utopia (1974), Nozick argued that income taxes are “on a par with forced labor,” because they force a “person to work n hours for another's purpose.” ... But that completely misrepresents the reality of how taxes, and especially the income tax, affect people's lives.
OTHER NOTABLE READS
Rights of Man by Thomas Paine
Philosophy of Aristotle
Liberty Defined by Ron Paul
The Republic by Plato
The Fountainhead by Ayn Rand
Critique on Pure Reason by Emmanuel Kant
Gulag Archipelago by Aleksandr Solzhenitsyn
👈👉👈👉👉👈👈👉👉👈👉👈👈👉

Since Divine Right had fallen out of favor with the people, a Democracy would have to employed, and if the Ruling Classes wanted to stay in power the minds of the masses would have to be molded.
Molded by people like Edward Bernays, the Father of Propaganda...
DISCUSSION QUESTIONS
1. Is censorship ever justified? Can you think of some examples?
2. Are human beings born naturally good and society corrupts them or are people really only interested in survival and societal institutions correct this drive?
3. Should vaccines be mandatory? What would Jeremy Bentham have to say about it? Or John Locke?
4. What do you think about taxation? What is fair?

I mean, do we really need governments? Max Egan makes the point that the only reason we need countries is to protect us against other countries, not their peoples, their governments.
Major Documents
Declaration of Independence 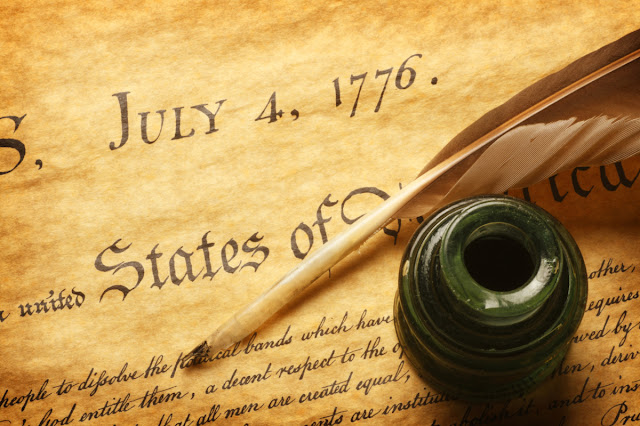 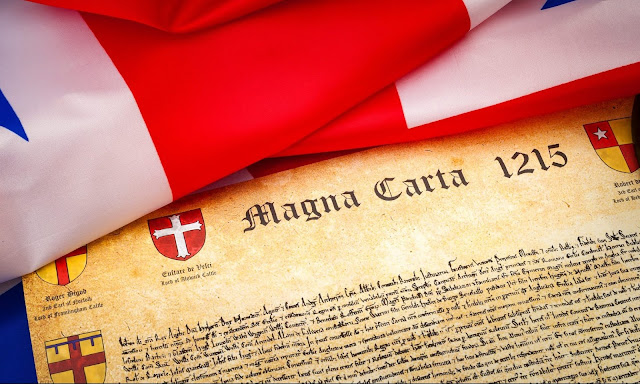 https://www.britannica.com/topic/Magna-Carta
The French Declaration of the Rights of Man 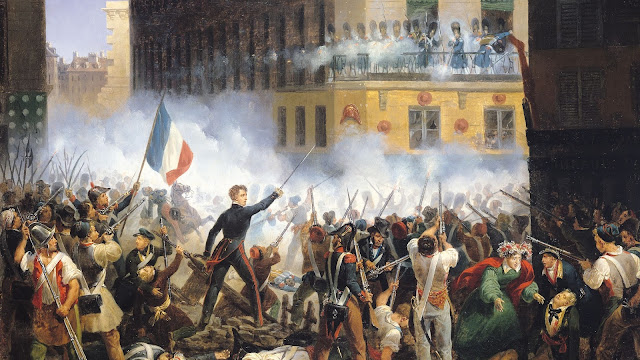 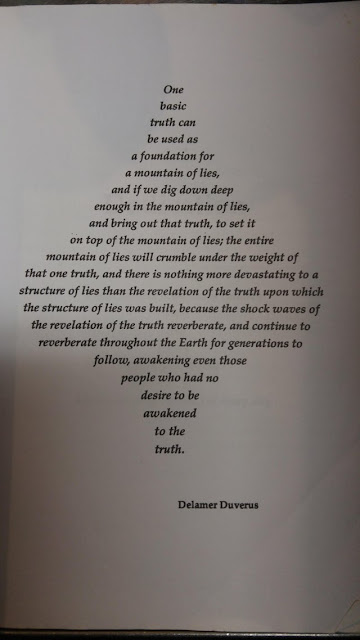 'The government breaks your legs then gives you a crutch.'  - Harry Brown
Posted by Eric J. Coleman at 11:15 PM