The most fundamental question is why. Why run? As my campaign manager and good friend Christopher Quain put it, people run for local office for basically one of a few reasons. Perhaps they are an individual who percieves their community heading in the wrong direction and wants to steer it back on track. Then there are a business owners who are tired of dealing with fees, fines, restrictions, red tape, and cumbersome oversight from the current officials. Still there is another group who pander to the people while pursuing their own vested interests. We can all agree, government is glut with the latter.

I consider myself part of the first group.

However, that's not all of it. I hope this campaign inspires others to run. Where the Civil Rights movement attempted to flood the jails, maybe we will be able to flood the ballot and finally remove this notion that elected office is only for the elite. In the words of Jello Biafra, "don't hate the media, be the media." This was the mantra of our long running cable access show Flippant, seen on Adelphia Cable. An institution really. 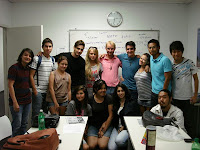 I grew up in Redondo, went to school here (attended RUHS and El Camino College), and have been a teacher here. I've also traveled a bit. I've been a double decker bus tour guide in Chicago, picked cherries in Canada, taught English in India. On these adventures I've seen a few things and read of others. 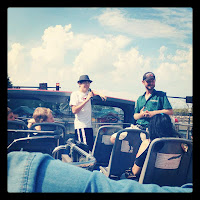 For instance, while working in Chicago I became aware of a rich tradition of throwing street festivals and block parties. People gather in the streets to enjoy local bands, artists, craftspeople, and culinary delights. Neighbors meet, mingle, and maybe even engage in the lost art of conversation. The few street festivals the city does host have, unfortunately, been overrun by corporate interests. It's very easy in our society of happiness sold in a box to forget something simple, like soaking in the sun while paying homage to some homegrown talent.  After all, scores of bands have come out of the South Bay; including 98 Mute, Black Flag, Circle Jerks, Descendants, Jim Lindberg, and Pennywise, to name a few.

Now for those who think the word community sounds too close to Communism and being social a step away from Socialism, I refer you to what my friend the Squirrely Stefan Eichhorn said quoting Karl Marx, "Look I'm all for Socialism, but get all these freakin' people away from me!"

Here's an example of one street festival in Chicago I had the pleasure of attending. The band is Stop Making Sense; a brilliant Talking Heads cover band.

LESSONS FROM THE OTHER SIDE OF THE WORLD 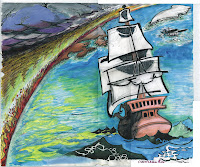 It was while teaching English in India I noticed that dogs weren't giving chase to cats on the mean streets of Mumbai. Instead, the dogs, and cats, birds, even the cow in the road just sort of mingled. Suppression by the Leash created the chase, I later theorized. In addition, Mumbai's precocious pups have bigger and better things to do, like trying to stay fed. I turned to My Friend the Great Shakun Batra and asked amused, "So they just let the dogs run around like this?" He put it very simply, "why kill them?"

There are 66,000 people in Redondo. There are 14 parks, equaling roughly 96 acres, but we have only one dog park. Our furry friends and barking buddies deserve more. Dog parks, like street festivals, are a fantastic way to bring us out of the houses and together, sharing mutual interests and building a community. It's time we got to know our neighbors; human and canine.

﻿India is lawless place. I would not recommend reverting to such a society. Yet why are there so many laws on our books? How many laws does it take for you to know that you're free? More to the point; do more laws make us freer? Do laws exist to protect us, or to generate revenue? If so, can't we find innovative revenue generating techniques like turning our trash into electricity rather than target tax payers. Furthermore, these laws that are on our books are often selectively enforced and rarely reviewed for relevancy. Bergie Benz, former Mayor of Hermosa Beach, tried to do just that; law combing. But he is a rare breed indeed. A man of conviction and Wilberforce.

Many of these laws simply defy logic. Here's a smattering:

It is illegal to skateboard on walls "or other vertical surfaces" in Palo Alto.

Wearing a sweatshirt inside-out is deemed a "threatening misdemeanor" in Half-Moon Bay.

In Los Angeles, you cannot bathe two babies in the same tub at the same time. (Loony Laws" by Robert Pelton)

In California, animals are banned from mating publicly within 1,500 feet of a tavern, school, or place of worship. (Loony Laws" by Robert Pelton)

San Francisco is said to be the only city in the nation to have ordinances guaranteeing sunshine to the masses.


In 1930, the City Council of Ontario (California) passed an ordinance forbidding roosters to crow within the city limits. 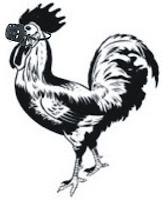 Redwood City has outlawed the frying of gravy.

In Blythe, California, a person must own two cows in order to legally wear cowboy boots in public.

In Los Angeles, a man is legally entitled to beat his wife with a leather belt or strap, but the belt can't be wider than 2 inches, unless he has his wife's consent to beat her with a wider strap. (Loony Laws" by Robert Pelton)

It is illegal to set a mousetrap without a hunting license.

In L.A. it is against the law to complain through the mail that a hotel has cockroaches, even if it is true.

It is illegal to drive more than two thousand sheep down Hollywood Blvd. at one time.

In California, it is illegal to trip horses for entertainment.

If you're like me, you know, enough is enough. And trust me friends the draconians in the city council are looming in the background, waiting for Mike Gin's exit, to pursue their C.A.V.E. man agenda. As in the Campaign Against Virtually Everything! We deserve better Redondo.