A Treehouse Divided Against Itself Can Not Stand. 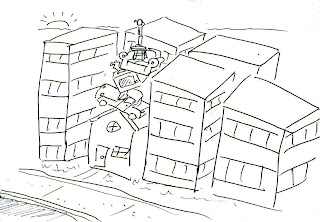 In areas, Redondo Beach is overrun with near-sighted condo development. These towering strucco structures, built to last 20 or 30 years, reduce their neighbors'sunlight and seem to crop up at an unsustainable rate. Yet, when a small business wants to expand into the space a door over, they can face a staggering amount of paperwork, fees, and down time. Being shuffled back and forth from one government office to the next, can often be more laborious than knocking down the wall between the two spaces.  As I said in the Easy Reader's Meet the Redondo Mayoral Candidates; "you have to pull a permit even to build a treehouse."

I suppose money talks in these zoning matters; and seems, like many ordinances, to be selectively enforced. Remember 'the Heart of the City' deal that fell through? The people were rightly suspicious of such a large scale redevelopment. The arrogance alone of proclaiming one harbor section of Redondo as the 'Heart' of the City is enough to turn one's ear. What's Riviera Village then, the spleen? Artesia an artery? Wilderness Park a lung? Defense Row a pancreas? North Redondo chopped liver? The infrastructure was to be torn up and three thousand condo units were to be installed along Catalina Avenue. And they almost got away with it. The land grab might have silently passed in the night if it wasn't for the public being alerted to a planning commission report which claimed that traffic would decrease after the addition of three thousand condo units. Two of the three City Council members running for Mayor of Redondo Beach sat on that commission and had the audacity to issue that report. One of them, Matt Kilroy, is now unapologetically against Measure A; the measure to rezone and decommission the unneeded AES powerplant. And who was one of the entities behind this botched 'Heart of the City' land grab? None other that AES. Now I understand that Matt Kilroy stands for the people... the people of Delaware and their large uncaring corporations. 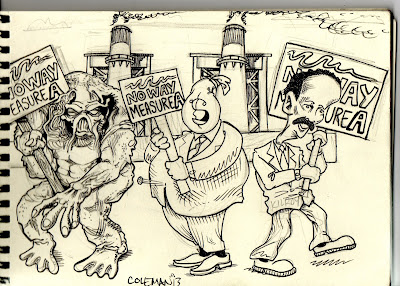 Measure DD came out of this debacle and now we need to make the next step and get rid of the powerplant and especially AES. Time to pull back the curtain Redondo. 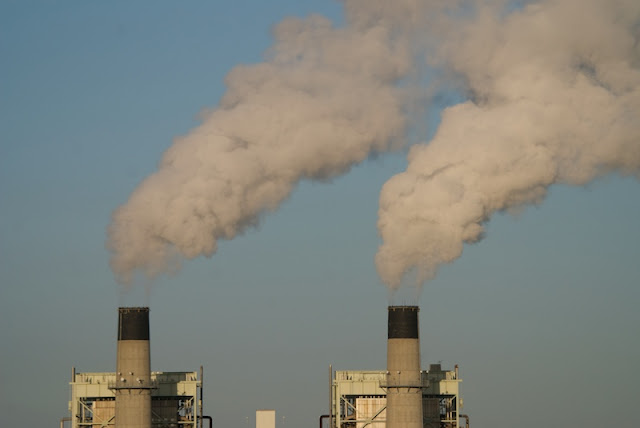 Hey AES thanks for the post card, but why did you bill us for the stamp?
Vote Coleman March 5th, 2013
contact/volunteer/donate: ericjamescoleman@gmail.com

Special Thanks to William Watson for his drawing, Simone Stephens for her copy editing, Sky Coleman for imagination, and Quain for making sure this post is up to code.