One person's sound is another person's noise. Another person's noise is someone else's music.  Let's be honest; we find sound comforting.  What do we do when we get home? Turn on the TV? Turn on the radio? Heck, I used to do my homework with the radio blaring overhead and TV flickering, in the corner. Even what people think of as quiet is not really that quiet. Close your eyes and listen. There's the hum of the computer, the tick-tock of the clock, the rattling of the refrigerator, the ocean-like sound of the traffic outside. Prolonged sensory deprivation can drive us bonkers. Just like how a slow water trickle can be agonizing or peaceful depending on the conditions; such is true of absolute silence. 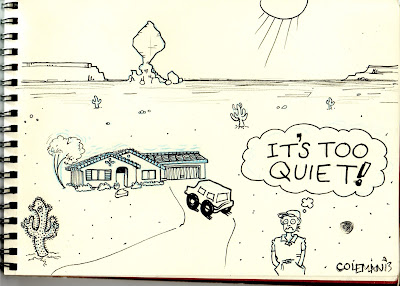 Recently there's been a lot of noise over the 200 million dollar "Pier Redevelopment" deal, right before the City Council is set to be termed out. This is the same City Council that tried to slip a "Heart of the City" deal past the people and failed. Heart of the City, eh? So every other part of Redondo that's not the Pier is just an appendage? Something similar to this also happened back in October of 2004, and just before the last mass City Council term-out. A deal was made to dredge deeper into the harbor, allowing for the passage of larger boats, circumventing the original intentions of the harbor's construction and the will of the people. It takes a while for incoming Council people to become acquainted with their new job, and land developers know this. In both instances, the City violated its own Charter. 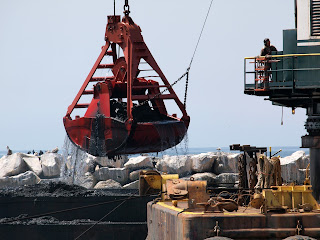 As Chester Powelson puts it in his extensive report,

"On October 19th, 2004,... Without formal Notice of Hearing, or any other means of public notification, the Redondo Beach City Council illegally passed, approved, and adopted Resolution No. CC-0410-112. The purpose of this resolution was to award a public works contract to AIS for inter-harbor dredging. This was designated Maintenance Project Job 7556..."

"As a former City of Redondo Beach Engineering Department employee, I have been intimately acquainted and familiar with the entrance to the Small Craft Inter-Harbor channel plans. The several depth surroundings of the Harbor have shown that from April 1960 to July 27, 2004...originally dredged and constructed for approximately 1,200 small boat slips accommondating a mean average, stem to stern vessel length of about 30 to 32 feet. On January 5, 2004, the owner, the City of Redondo Beach, had obtained California Coastal Commission Coastal Development Permit Application Consistency Certification No. CC-32-04. This permit provided and allowed for maintenance dredging of King Harbor, Basin One, and consisting of the hydraulic dredging of approximately 60,000 cubic yards of dredged, sandy material, resulting in an increased basin depth of MINUS 10 TO 18 FEET; that is, now, 40 to 45 feet total harbor dredged."

Understanding this, Mr. Powelson then makes a powerful point:

"Dredging Project Job No.7556... will cause a serious defect to the safety of the Federal Breakwater that was built to protect the Small Craft Harbor from any ensuing storm damage, and it is now sitting on a liquefaction hill of approximately 15 to 18 feet in height in what is currently designated as the Redondo Seismic Quadrangle. In time, and in response to this destabilization and subversion, the federal Breakwater and the City Small Craft Harbor will eventually collapse and implode..."

A sobering thought, for sure.

So, in conclusion, I suppose a rushed contract (and one good earthquake) could quiet some of the noise regarding the Pier's direction. With less people in a position to complain, we're bound to have fewer complaints. 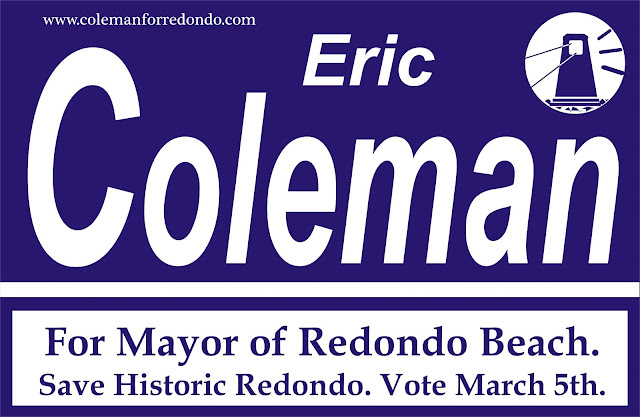 Yes On Measure A