You Heard it Here First: Re-instate the Trolley System 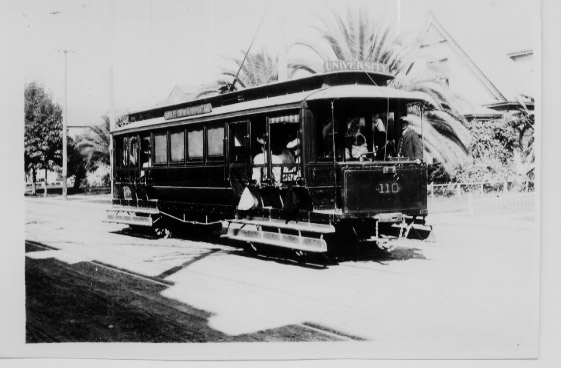 Los Angeles once had an efficient mass transit system of trolley cars.  Then large corporations, with vested interests, bought it up to tear it up. That brings us to the present; clogged thoroughfares and frustrated motorists.

The red cars could supplement our current bus system; which, for a big city, doesn't do enough and has a negative stigma associated with it. A bus system that runs ever hour is barely a bus system at all. If the bus breaks down say goodbye to your job. The key to our Red Cars is frequency, comfort, later runs, service peaking in the summer. These bike rack augmented open air trolley cars would be wheeled, not running on tracks, as earlier models did. Lines would connect the South Bay Galleria, North Redondo, The businesses along Artesia and Aviation, the Pier, Riviera Village, and Metro's the Green Line for starters. Eventually the line could be expanded to include the Dell Amo Mall as well as all the Beach Cities. This project would create jobs; everything from drivers to tour guides, and promote Redondo as a more attractive tour destination.  Hotels, restaurants, and other small businesses are sure to flourish as a result of the increase in foot traffic. The initial costs will pale in comparison to the added revenue over time. As I said in the debates; you have to spend money to make money.


When we revamp the Pier we need to put a system in place that brings people there. The last time we undertook such an effort was after the 1988 Great Redondo Pier Fire. A private investigator discovered that a water main had failed, the city knew about it, and the Pier was allowed to continue operations at the urging of local merchants. Faulty wiring caused an electric short that produced a spark. When the Fire Department arrived to hook up their hoses, they ascertained the water main had the pressure of a squirt gun. Such a trickle could hardly contain the blaze. Simply put, we weren't ready.

The logic behind the Street Festival Freeze is similar; things could potentially get out of hand due to lack of preparedness. However, I have faith in the residents of Redondo to behave responsibly, letting them take pride in their community. No new street festivals can even be proposed in the City of Redondo Beach while this freeze is in effect. Supposedly there's not enough money for public safety. Law enforcement's budget has been stretched thin. I assure you, Redondo, the money is there. One example is; in the City's budget, under the column of Public Safety, there is a three to four million dollar gap. The gap is a result of public officials getting as much overtime as they can, before retirement, in an effort to boost their pensions. Not in my Redondo. Reinvent the Red Cars.