There is no North Redondo or South Redondo, but one Redondo. 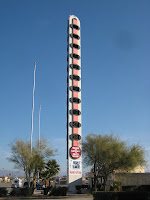 On the way out to Vegas there's a town; Baker California, population 735. Baker wanted to put themselves on the map so they built a thermometer. Not just any thermometer but the world's tallest thermometer. After time, money, and effort the project was completed. Ribbon was cut, pictures were taken, and stories were circulated; Baker had the world's tallest thermometer! Only, they didn't. Word got back to Baker that there was a town in Germany with a taller thermometer, by about 10 feet. The City sucked it up, tore down the thermometer, and built another 25 feet taller; hitting 134 feet.

There's a moral in there somewhere.

If we're going to do something let's do it right, plan it out, and build something that will last. And let's not break an arm prematurely patting yourself on the back.

This post is about the Pier 'Revitalization' deal. First, a few questions. Why did the City violate its own charter during the contract bidding process? Is it really just a coincidence that the contract's finalization is due in March; the same month most of the City Council will be termed out? Why is North Redondo being treated as a step child?

A little background. On May 27 1988, after being hit by two winter storms, the Redondo Beach pier burned down from what was concluded to be an electrical short. The Fire Department was short staffed that night. The incident ushered in the sixth incantation of the structure. Having learned their lesson from wood, the new version features re-enforced concrete and is essentially fire proof. Now the City want's to redo Redondo. The last time such an effort was proposed, in 1994, the City performed liquefraction right up to the door step  of AES. If the near-sighted engineers had gone farther we would have the most toxic harbor in the Western Hemisphere. Waking up to find a million dead fish would be commonplace.

There are two parts to Redondo; North and South. North is landlocked, is home to Redondo's largest employer Northrup Grumman, and in many ways is very different from South Redondo. South has the money. The Pier 'Revitalization' deal is worth an estimated 200 million dollars over 10 years. Not peanuts or palm trees. Not much has been done to help the North, unless you count a million dollar project to repopulate its boulevard's center dividers with palm trees. It was seen as a beautification project, unless you've had an eye-full of palm trees, in which case, I suppose, it was an uglification project. Like painting a mural with a toothpick this does little to improve the picture.

True this beautification busy work created jobs but not for the people of Redondo. Furthermore; a 200 million dollar Pier 'Revitalization' deal, as well as lack of consideration for the needs of North's residents, essentially amounts to the building of a metaphorical wall between the North Redondo and the South Redondo.

I say to you Mayor Gin, tear down this wall. 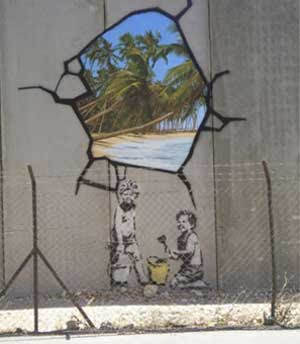 Just as Redondo has two parts; my proposal, too, is a two-part solution.

The City makes it difficult for businesses to start up, operate, or expand in Redondo through ribbons of red tape, permit application fees, and seemingly endless bureaucracy. And when the City Planning Commission null and voids business expansion, they're doing it for your own good.

Moreover, why are we discouraging employment? An example; the Riveria Business Association charges 25 dollars per employee, over 2 employees. Why in the name of capitalism are we penalizing businesses for hiring? As Mayor I'm offering zero percent property tax for any business willing to start up in, or relocate to Redondo Beach; along with incentives for businesses to hire new employees. Local businesses; high-end restaruants, additional dog parks, movies in the park, public pools, a trolley car line, coffee shops, a nightclub where Artesia meets Aviation, recreational centers, more park space, gathering places, and street festivals are the life blood of our community.

Events within walkable distance. A street festival that spans blocks. Welcome to the party South Redondo. In retrospect; considering the company who greased palms to get the 200 million dollar Pier 'Revitalization' contract is from outside the area, perhaps the palm tree planting project was the perfect throw back to North Redondo, because like palm trees they too have shallow roots.

Why is there currently a 'freeze' on street festivals?

We'll skip the Pier Entertainer Paperwork and Garage Sale Affidavit, and move right to the block party permit, shall we?

$72 : Amplified Noise Permit made payable to the Police Department.

Excuse my French, but just what in the heck is that?! I guess it just goes to show you; one man's sound is another man's noise. And one resident's dollar is another agency's cash cow. Oh yeah, and evidently, Cannery Row isn't allowed to display Art past 9PM.

But wait, it gets even better;

If you want to BBQ you have to use the City's BBQ. The cost is 25 dollars.

I couldn't make this stuff up if I tried folks. 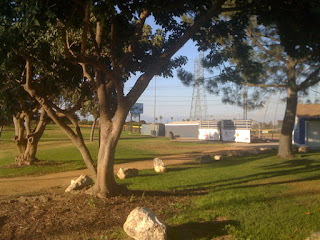 Utilizing park space is an idea whose time has come. More park space now. The strip of land that runs up 190th Street is prime for a sprawling park space. Sand could be trucked in to create something akin to sand dune park in Manhattan Beach, which has recently been closed down by the fun police. Furthermore; when a residential lot adjacent to an existing park opens up and becomes available it may behoove the City to purchase the space. A wise investment for  sure, since property around parks, as well as the land itself, appreciates.

Lastly, I bring up trolley cars. Picture this; a quaint open air trolley car system connects South Bay Galleria, the businesses along Artesia and Aviation, Hermosa Pier to Redondo Pier. A hop on hop off tour of scenic Redondo connecting North and South. 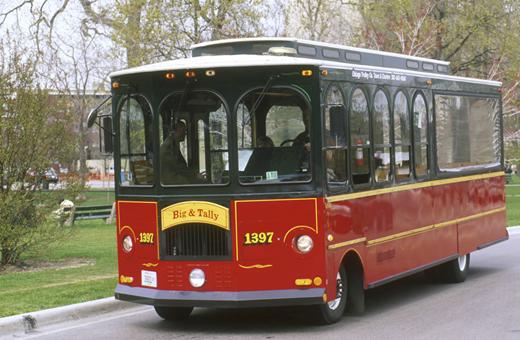 What happened to the fun?
You can't spell Redondo without Redo
"Hey, I'd Vote For Me." - Coleman
VOTE COLEMAN MARCH 5th ,2013!
contact/volunteer/donate:
ericjamescoleman@gmail.com