Along the Campaign trail I bumped into Steve Shoemaker; a notable character. He has been butting heads with the City for years now. Here's a recent article from the Easy Reader: 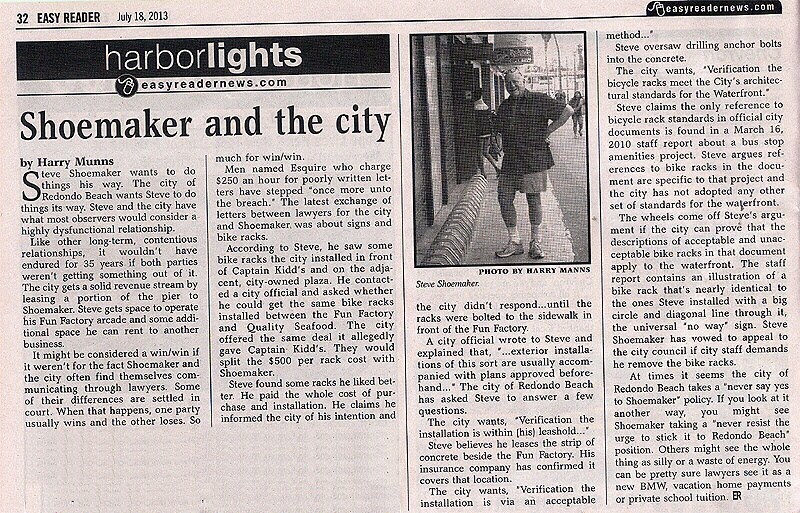 And here's a letter I wrote in response, which was published:


the idiot bureaucrats and monied interests entrenched in City Hall. I ran


for Mayor of Redondo Beach for precisely this reason, and I assure you that


the fight is long from over. The City wants Shoemaker to install special
bike racks to the tune of 500 dollars. I wonder where that money goes, and
what kind of backroom deal lead to these magic bike racks? And how are they
so much more superior to others? the simple answer is; follow the money.
Leave business owners, who actually bring revenue into the City, alone and
allow them to operate free of unnecessary restrictions. And ultimately
what does it even matter what bike racks are bolted to a sidewalk which
will soon be ripped up to make way for Centercal's version of Disneyland
now with 20 percent more Goofy."

But don't take it from me. Here's Shoemaker in his own words, talking about the treadmill the City has had him on...