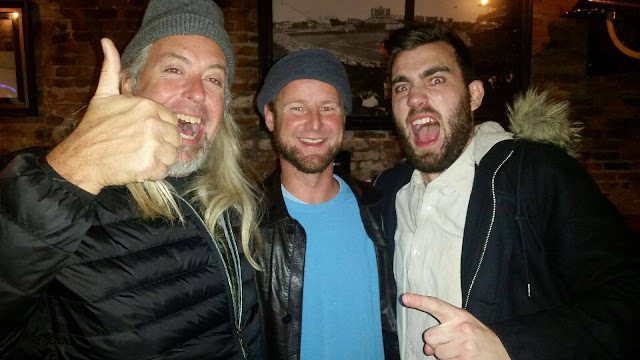 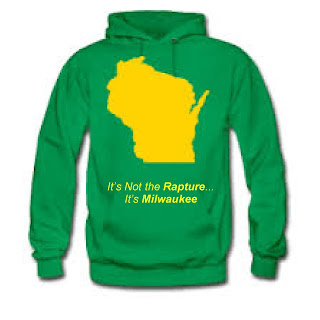 "Huh. Get this. According to Wikipedia, Milwaukee has a population of half a million people," I said to John Cantu.


He gave a glance and slickly retorted, "then where is everybody?"

We surveyed the bleak concrete landscape devoid of human life and came to the conclusion that perhaps we were in the midst of the Rapture. Maybe laying witness to the tail end of some grand earthly exodus. Seeking refuge in a tavern, we ordered brats and swilled beer worthy of a master craftsman, and tried to ascertain the reasoning behind this apparent ghost town, doubling as the 5th largest city in the Midwest.


Ska legend The Specials might as well have been talking about Milwaukee in their song Ghost Town:

Despite the rug having been pulled out from underneath Midwest manufacturing, the beer industry proudly marches on. And as good Americans we were apt to support Milwaukee brew. To get creamed in Cream City. Our plan was bold, a plan to bar hop all over the northside neighborhood of Bay View, but we didn't make it far past a '$1 beer' sign. Inside the dive bar we met a whole host of colorful characters.


Before we left on the trip we printed pictures of Gavin McGroggan and John Weldon so they could be with us in spirit. On the drive, Cantu recounted the story of the time Weldon pulled up to Cantu's art gallery unannounced carrying a baguette. As Weldon waddled over to say hello Cantu snapped into action, relieved Weldon of his big loaf of bread,  and chased him around the car, beating him with it. Classic Ego Art Gallery Hijinks.

After the bar we wobbled up the street and sputtered out orders for cheese fries. Next thing we knew we were in a taxi, ostensibly heading to our hotel while our cabbie was attempting to give us an impromptu tour of the whole city.  In the morning we found the car and began our journey back to Chicago.

The trip was a sort of farewell tour for Cantu before he made the big jump to Tokyo, where he is now. I miss my friend and have been threatening to visit him in Japan for some time now. Of course life and the prospect of decent teaching work has hindered this intended bounce, yet I hope that in some parallel universe I'm there, in Tokyo, laughing with my friend Cantu, taking the piss out of Weldon, and raising a cheer with fine Japanese beer. Steady on, Cantu. Steady on, lad. 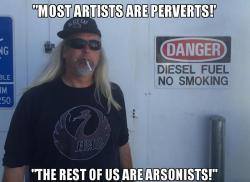 Email ThisBlogThis!Share to TwitterShare to FacebookShare to Pinterest
Labels: death of manufacturing, Milwaukee