Flat Earth vs. Round Globe 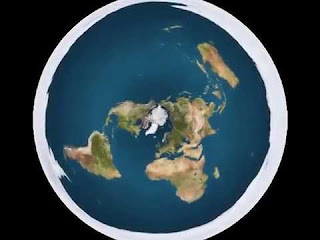 We have been systematically lied to on a daily basis and told that we are living on a ball spinning at over 1,000 miles an hour, in an orbit around the sun traveling 67,000 miles an hour. Yet we feel none of this supposed movement. Do you feel like your moving 1,000 miles an hour? No, of course not. And all we are shown of this 'round' world are pictures that have been heavily photoshopped.

On numerous occasions, science has been wrong. From the idea of aether permeating the atmosphere to the idea of 'bad air' causing disease, science has had to be revised. Think of the Big Bang. The belief that all of this sprang into existence in a moment from nothing for no good reason. All of science is predicated on this absurd notion. Basically, science is saying give us one free miracle and we'll explain the rest. Another head-scratcher is evolution. The theory of evolution posits that there are two machines at work in nature; mutation and natural selection. Yet can these two processes explain the immense and largely unnecessary transformation of a caterpillar into a butterfly? Or is this transformation more poetic than evolutionary? As Marshall McLuhan suggested, perhaps rather than events being pushed from the past, instead they are pulled by an attractor in the future.


PROOFS
Eric Dubays has come up with '200 Proofs Earth is Not a Spinning Ball'. His 200 proofs can be boiled down to 34 points: 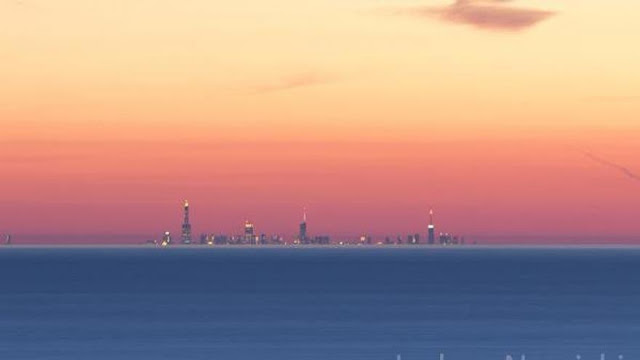 Much of this evidence is based on common sense. When you look out on the horizon, what do you see? Do you see any curvature? You're probably thinking, no, because people can't see that far. Well, in 2015 Joshua Novicki took a picture of the Chicago skyline from almost 60 miles away. The problem is, because of the curvature of the earth, even when extremely clear, this should not be visible. Status-quo apologists labeled it a super-mirage. 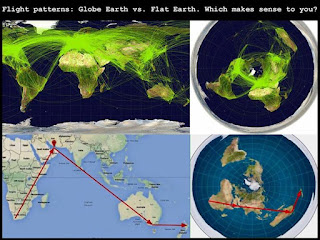 Another clue to the earth being flat we get from flight paths. On a globe earth, a flight from Johannesburg, South Africa to Perth, Australia should be a straight shot over the Indian Ocean with convenient re-fueling possibilities on Mauritius or Madagascar. In actual practice, most Johannesburg to Perth flights curiously stopover either in Dubai, Hong Kong, Malaysia all of which make no sense on a ball, but are completely understandable when mapped on a flat earth. Similar situations occur with flight from South America to Australia and South America to Africa. 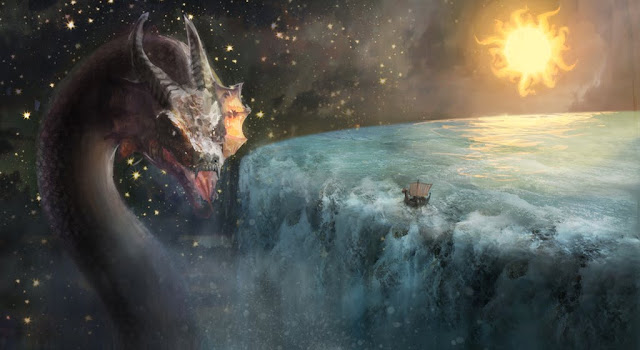 Equally as odd, in direct sunlight a thermometer will read higher than another thermometer placed in the shade, but in full, direct moonlight a thermometer will read lower than another placed in the shade. Proving the moon provides its own light. While this experiment may require a bunch of materials, here's a simple experiment you can try right now; try jumping up in the air. Now where did you land? Same spot? Why didn't you land in another place if the earth is actually traveling 1,000 miles per hour?

These so-called 'scientists' are also unsure of their own fake model. First, they said the earth was a sphere. Then they claimed it was an ellipsoid/oblate spheroid, bulging in the middle, roughly 30 km wider around the Equator than going from pole to pole. This is partially due to the pull of the moon on the Earth and the rotation of the Earth. Finally, the programmers of science settled on an egg-shaped/pear-shaped/ovoid for the earth. What's next? A banana-shaped model of our world? 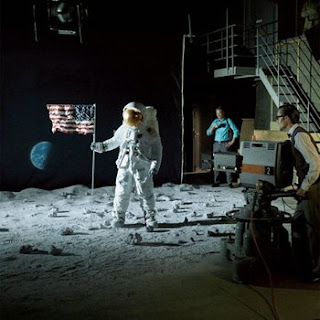 But there's the big question; why? Why would the powers-that-be perpetrate such an elaborate hoax? What do they have to gain? Did you know that NASA gets $52 million a day? If you were getting that type of money what wouldn't you fake? Why does the American flag appear to wave when there is no wind on the moon? Why are there multiple sources of light?  Why did the United Nations make Antartica off limits in 1959 just as technology would have made it possible to cross? Isn't it rather peculiar that Pythagoras, Copernicus, Newton, Arthur C. Clark, and John Glenn were all Freemasons? What else are they hiding?

Flat Earth is truth. Do not be fooled by false prophets such as the Church of the Flying Spaghetti Monster.

One of Flat Earth's main opponents is Neil DeGrasse Tyson, who himself has said that there is a 50/50 chance that we are living in a simulation. 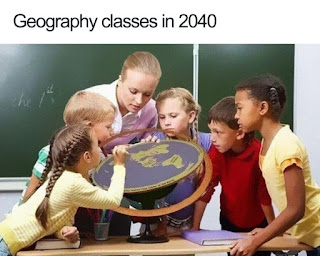 So what does the real earth look like? The real earth is a flat stationary disc covered by a dome. Our reality is a controlled illusion, much like the Truman Show...

What would it mean if the world was flat and the center of the universe? It would mean we matter, that we are not a mistake or a fluke. And we can finally stop pretending that we hurtling through space, on an insignificant rock, around just another sun, one of billions, in an uncaring universe. In actuality, we are important, for who else except an imaginative species like us could have come up with this fish tale. 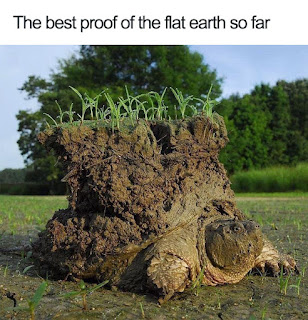 Flat earth must be true. I've invested a lot in this thing. All my friends are flat earthers... I mean...It's... It's either that, or the world is being carried on the backs of four elephants who themselves stand on the back of a giant turtle ;) Such a story was believed thousands of years ago by multiple cultures in different parts of the world that had no direct contact with each other.

We better figure it out folks or we could all go the way of the dinosaurs...

J.B.S. Haldane really said: "I have no doubt that in reality the future will be vastly more surprising than anything I can imagine. Now my own suspicion is that the Universe is not onlyqueerer than we suppose, but queerer than we can suppose."