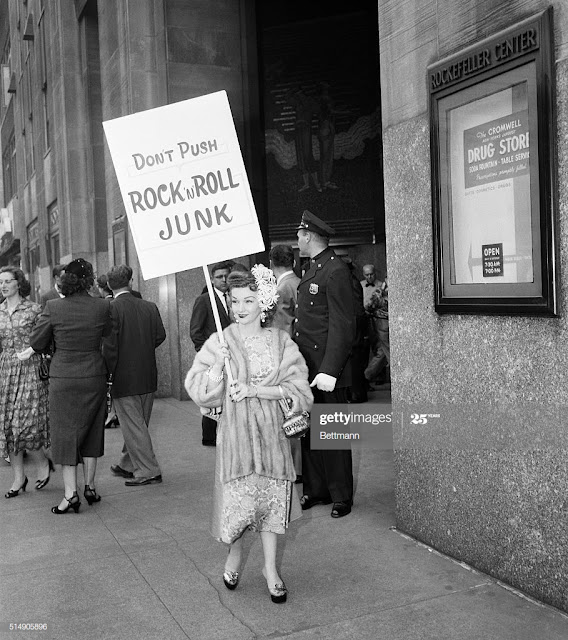 So what lead up to the late 50's and early 60's revolution in music?

The 1950's saw economic stability along with conformity and fear of nuclear annihilation.
This relative peace came with a price; cold war tension, anti-communist 'House on UnAmerican Activities' Hearings which resulted in the blacklisting of many writers, musicians, and entertainment personalities, and a racial divide somewhat alleviated by the 1954 Supreme Court decision 'Brown vs. the Board of Education' ending school segregation.

The term rock 'n' roll was probably first coined by Alan Freed. In the early 1950s Freed discovered that increasing numbers of young white kids were listening to and requesting the rhythm & blues records he played on his Moondog Show in Cleveland. Freed also promoted concert tours of black artists playing to young mixed crowds. Some early hits were 'Good Rocking Tonight' (covered by loads of people, originally written by Roy Brown).

In 1954 Freed moved to New York radio station WINS and continued to promote black musicians in racially segregated America. A TV show sponsored by Freed was canceled in 1957 after the black teenage singer Frankie Lymon was shown dancing with a white girl. A year later Freed was arrested for anarchy and incitement to riot when a fight broke out at one of his rock 'n' roll concerts in Boston. By the early 1960's Freed was prosecuted for accepting payola - the common practice throughout the music industry of paying bribes to radio disc jockeys to get certain artists songs played more frequently. Promoters like Dick Clark, who promoted mostly white artists, escaped relatively unscathed. Freed was a broken man and died a couple years later.

Other DJs picked up the torch and ushered in the heyday of rock 'n' roll... 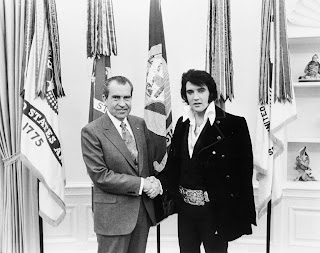 
Bill Haley and the Comets


And from the Country side...


When it comes to legendary stories, right up there with Robert Johnson selling his soul to the devil at the crossroads, is the story of Buddy Holly's coin flip. 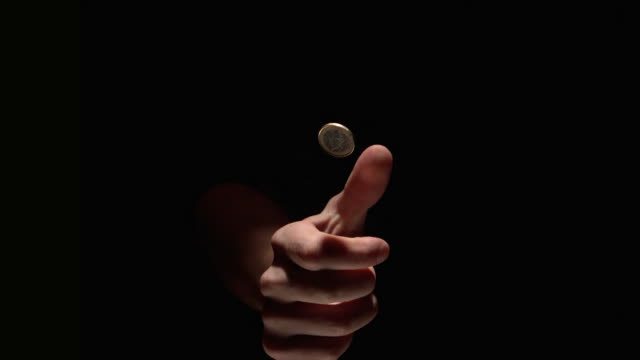 Sam the Sham & the Pharaohs