On Budget Numbers That Don't Add Up

Roughly half of the city's budget, 41 million dollars, falls under the somewhat vague column of Public Safety. 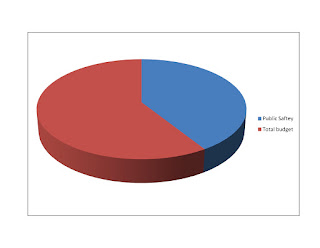 In the last 15 years crime has dropped significantly; violent crime is down 16 percent, property crime down 50 percent, as the Chief pointed out last week.

This is page 179 from the Comprehensive Annual Financial Report 2011. 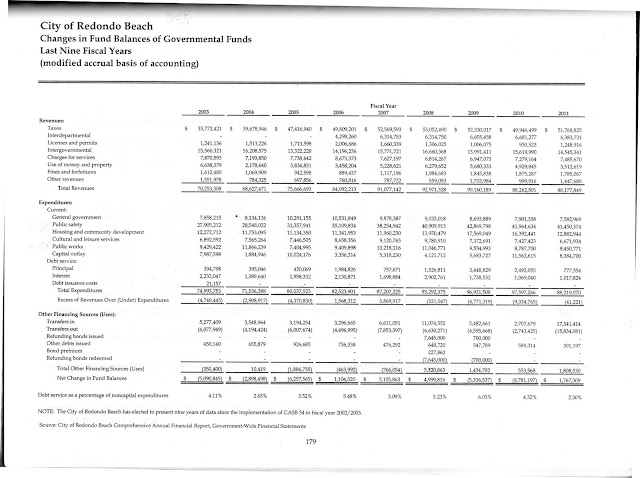 Public Safety funding has gone from 28 million dollars in 2003 to 41 million by 2011, an increase of  over 40 percent despite the worst recession since the Great Depression, at the same time virtually all government department funding went unchanged. Now to be fair...

The interest on the city's debt did see a dramatic decrease; however, the principle on the debt doubled.

This whole issue comes down to staffing. 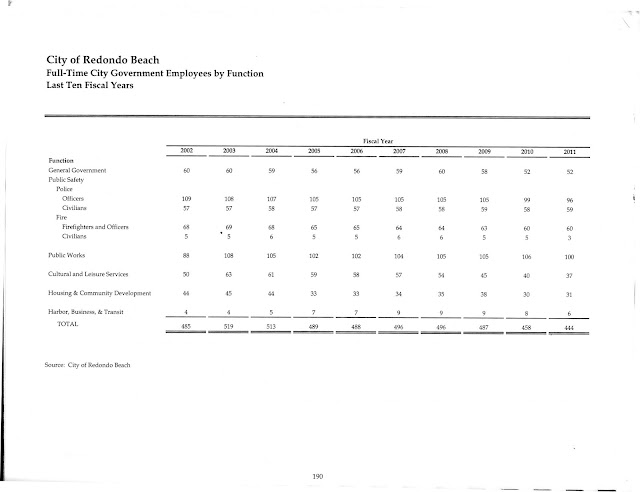 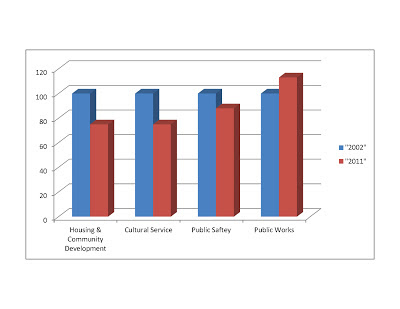 What's also interesting is all departments have had to do more with less. 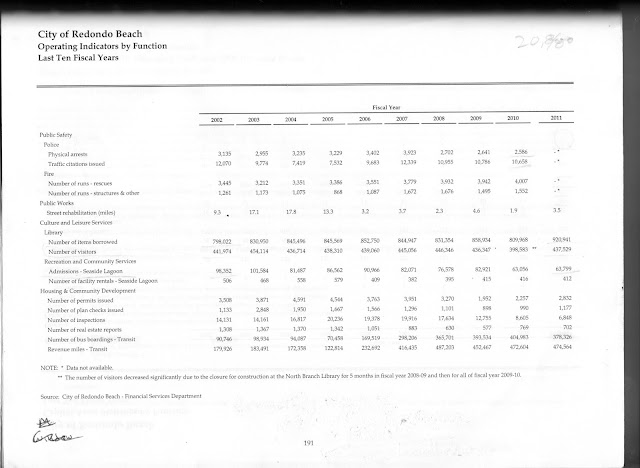 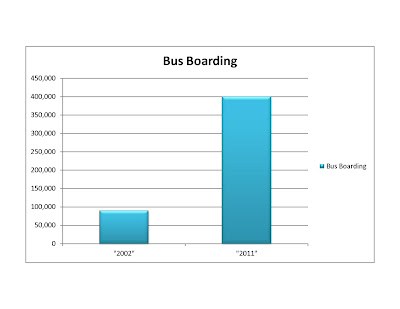 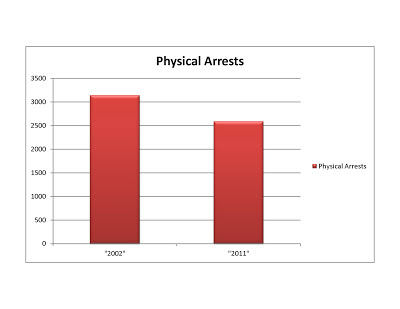 So, the monies allotted to the Public Safety-Industrial Complex has gone from 28 million to 41.5 million dollars, an increase of over 40 percent... and we've been talking about privatizing ambulance services... No new police or fire stations have been built, or for that matter, no new libraries, parks, or community centers have been built. So, where is that money? Did it vanish? Top cops,? Pensions? Where is it? Where did it go? I mean the last line of the Police Mission Statement is to be fiscally responsible, right?

Also, is that really what we need? 13 more police officvers to drive around our quiet little beach community, looking for ways to justify their existence? I just hope they don't run out of ideas for ways to ticket people. I anticipate a day where scores of Redondo residents will wake up and their cars littered with tickets for not turning their wheels against the curb, much like Hermosa residents had to endure. And while I don't really expect this question to be answered, I would like it asked; are those members of the Police Officers Association, which is a Union, that are walking around door to door, campaigning for candidates, are they on the clock?

For some background and a recap of the Council meetings: