Well I didn't get the Redondo Chamber of Commerce endorsement. In fact, in the Mayoral race they endorsed everybody but me. They also endorsed Julian Stern, but I won't hold it against him. Julian Stern is a smart kid and the clearest choice for District 4 City Council. Julian understands that government needs to be transparent, details of the City budget easy to find, and campaign contributions out in the open (speaking of which, check out the large contributions made by condo developers to my opponents). If only transparency and openness were aspects of his press conference, maybe we would have been there for it.

Our bad actually. Evidently there are two Perry Parks. Here's his press conference compliments of the Redondo Patch:

Now, you might ask, who endorses the Chamber of Commerce? I mean, where do they get all this money for all their projects? Projects like the January 14th debates for the general public, which were held in the middle of the day on a Monday, where sitting City Council members were thrown lob ball questions that allowed for easy self-congratulation, i.e. "What would you do about keeping the LA Air Force Base?" Oh yeah, and don't forget the recent debates between AES's President Eric PenderGRAFT and the co-authors of Measure A: Bill Brand & Jim Light. Yeah, the one where about a hundred and fifty people were turned away and no audio or video recording was permitted. So much for transparency in government. The Chamber of Commerce is all about preserving the status-quo. Rome is burning and all they can do is send the arsonist a thank you card. Another thing, one of the biggest contributors to the Chamber is AES. So I suppose if Measure A doesn't pass and that powerplant begins pumping filth into our air again, maybe then the Chamber of Commerce can change its name to the Gas Chamber of Commerce. 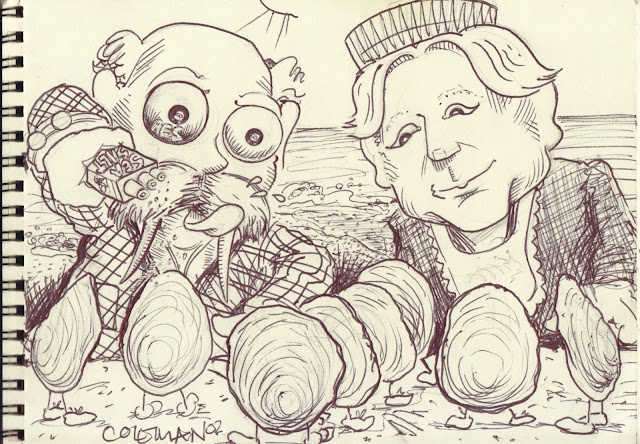