My plan is to give zero percent property tax and waive any associated business license fees, for the first year, to any businesses willing to relocate or start up in Redondo. While surely supporting our local shops, we should also be offering every incentive for forward thinking companies to come to Redondo. Aerospace firms, green technology, dotcoms, movie studios, invention patent, medical research, robotics, ought to be given preferential treatment. Santa Monica was able to attract Google, and we'll be in rough shape if we don't get on the ball soon.

Allow me to elaborate:

Retail giants like Nordstrom, in all likelihood, are dodos, and on their way out. More and more people are shopping online. Last Cyber-Monday, the online shopping deal day following Black Friday, saw an increase of 30 percent from 2011. More and more people are also show rooming. People now have the ability to walk into a store like Best Buy, try out the features on a television, turn around, and use their iPhone to order the same TV online for slightly less minus the tax. And they do.

If Nordstrom wants to pull up its anchor and set their sales in and for Del Amo Mall, I say let them. Glaciers tend to drift. A new store will come along. Perhaps an Apple. Perhaps a company that sells something more visionary than over-priced clothing. And at the end of the day, after all the dust settles, those meek little thrift stores along the Artesia corridor, which some like to disparage as not being high end enough, will survive the coming transition. 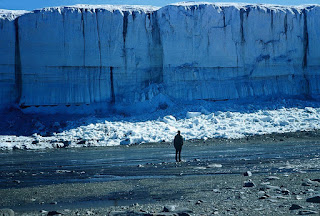