What is Globalization? Halyna Kindyak

Globalization is a complicated issue. It is necessary to evaluate the pros and cons before drawing any conclusions. The Pros of Globalization:

Supporters of globalization argue that it has the potential to make this world a better place to live in and solve some of the deep-seated problems like unemployment and poverty.
1. Free trade is supposed to reduce barriers such as tariffs, value added taxes, subsidies, and other barriers between nations.
2. The proponents say globalization represents free trade which promotes global economic growth.
3. Competition between countries is supposed to drive prices down. In many cases this is not working because countries manipulate their currency to get a price advantage.

The Cons of Globalization:

Though it comes with perks, there are a number of cons to globalization that analysts and critics have noted for years. They include: 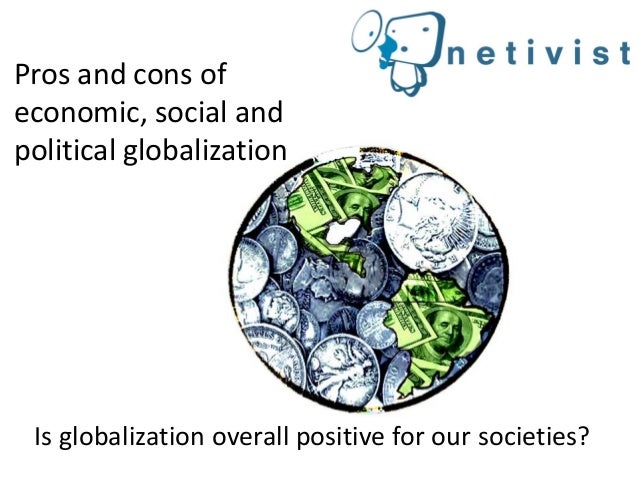