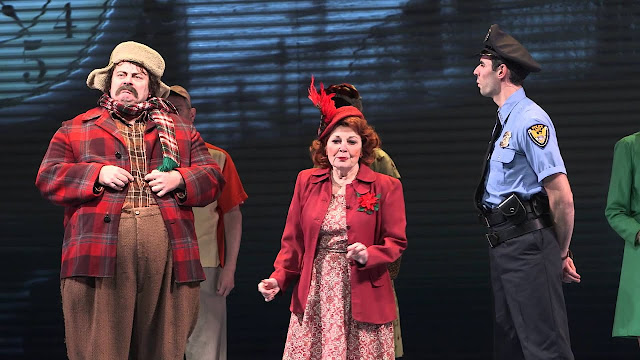 A Confederacy of Dunces is a picaresque novel by American novelist John Kennedy Toole which reached publication in 1980, eleven years after Toole's suicide. Published through the efforts of writer Walker Percy (who also contributed a foreword) and Toole's mother, Thelma, the book became first a cult classic, then a mainstream success; it earned Toole a posthumous Pulitzer Prize for Fiction in 1981, and is now considered a canonical work of modern literature of the Southern United States.
The book's title refers to an epigram from Jonathan Swift's essay, Thoughts on Various Subjects, Moral and Diverting: "When a true genius appears in the world, you may know him by this sign, that the dunces are all in confederacy against him." Its central character, Ignatius J. Reilly, is an educated but slothful 30-year-old man living with his mother in the Uptown neighborhood of early-1960s New Orleans who, in his quest for employment, has various adventures with colorful French Quarter characters. Toole wrote the novel in 1963 during his last few months in Puerto Rico. 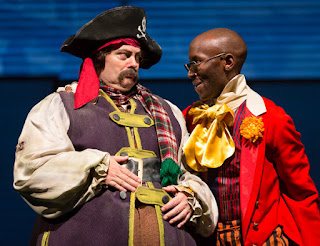 Ignatius Jacques Reilly is something of a modern Don Quixote—eccentric, idealistic, and creative, sometimes to the point of delusion. In his foreword to the book, Walker Percy describes Ignatius as a "slob extraordinary, a mad Oliver Hardy, a fat Don Quixote, a perverse Thomas Aquinas rolled into one". He disdains modernity, particularly pop culture. The disdain becomes his obsession: he goes to movies in order to mock their perversity and express his outrage with the contemporary world's lack of "theology and geometry". He prefers the scholastic philosophy of the Middle Ages, and the Early Medieval philosopher Boethius in particular. However, he also enjoys many modern comforts and conveniences and is given to claiming that the rednecks of rural Louisiana hate all modern technology, which they associate with unwanted change. The workings of his pyloric valve play an important role in his life, reacting strongly to incidents in a fashion that he likens to Cassandra in terms of prophetic significance.
Ignatius is of the mindset that he does not belong in the world and that his numerous failings are the work of some higher power. He continually refers to the goddess Fortuna as having spun him downwards on her wheel of fortune. Ignatius loves to eat, and his masturbatory fantasies lead in strange directions. His mockery of obscene images is portrayed as a defensive posture to hide their titillating effect on him. Although considering himself to have an expansive and learned worldview, Ignatius has an aversion to ever leaving the town of his birth, and frequently bores friends and strangers with the story of his sole, abortive journey out of New Orleans, a trip to Baton Rouge on a Greyhound Scenicruiser bus, which Ignatius recounts as a traumatic ordeal of extreme horror.

Myrna Minkoff, referred to by Ignatius as "that minx", is a Jewish beatnik from New York City, whom 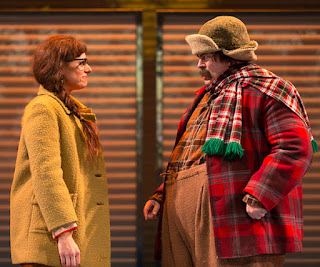 Ignatius met while she was in college in New Orleans. Though their political, social, religious, and personal orientations could hardly be more different, Myrna and Ignatius fascinate one another. The novel repeatedly refers to Myrna and Ignatius having engaged in tag-team attacks on the teachings of their college professors. For most of the novel, she is seen only in the regular correspondence which the two sustain since her return to New York, a correspondence heavily weighted with sexual analysis on the part of Myrna and contempt for her apparent sacrilegious activity by Ignatius. Officially, they both deplore everything the other stands for. Though neither of them will admit it, their correspondence indicates that, separated though they are by half a continent, many of their actions are meant to impress one another.

Mrs. Irene Reilly is the mother of Ignatius. She has been widowed for 21 years. At first, she allows Ignatius his space and drives him where he needs to go, but throughout the course of the novel she learns to stand up for herself. She also has a drinking problem, most frequently indulging in muscatel, although Ignatius exaggerates that she is a raving, abusive drunk.
She falls for Claude Robichaux, a fairly well-off man with a railroad pension and rental properties. At the end of the novel, she decides she will marry Claude. But first, she agrees with Santa Battaglia (who has not only recently become Mrs. Reilly's new best friend, but also harbors an intense dislike for Ignatius) that Ignatius is insane and arranges to have him sent to a mental hospital. 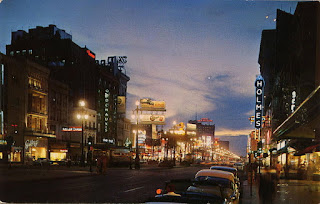 Confederacy of Dunces and New Orleans
The book is famous for its rich depiction of New Orleans and the city's dialects, including Yat. Many locals and writers think that it is the best and most accurate depiction of the city in a work of fiction. 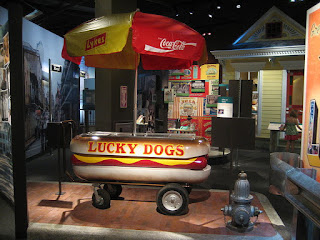 A bronze statue of Ignatius J. Reilly can be found under the clock on the down-river side of the 800 block of Canal Street, New Orleans, the former site of the D. H. Holmes Department Store, now the Hyatt French Quarter Hotel. The statue mimics the opening scene: Ignatius waits for his mother under the D.H. Holmes clock, clutching a Werlein's shopping bag, dressed in a hunting cap, flannel shirt, baggy pants and scarf, 'studying the crowd of people for signs of bad taste.' The statue is modeled on New Orleans actor John "Spud" McConnell, who portrayed Ignatius in a stage version of the novel.
Various local businesses are mentioned in addition to D. H. Holmes, including Werlein's Music Store and local cinemas such as the Prytania Theater. Some readers from elsewhere assume Ignatius's favorite soft drink, Dr. Nut, to be fictitious, but it was an actual local soft drink brand of the era. The "Paradise Hot Dogs" vending carts are an easily recognized satire of those actually branded "Lucky Dogs".

The structure of A Confederacy of Dunces reflects the structure of Ignatius's favorite book, Boethius' Consolation of Philosophy. Like Boethius' book, A Confederacy of Dunces is divided into chapters that are further divided into a varying number of subchapters. Key parts of some chapters are outside of the main narrative. In Consolation, sections of narrative prose alternate with metrical verse. In Confederacy, such narrative interludes vary more widely in form and include light verse, journal entries by Ignatius, and also letters between himself and Myrna. A copy of the Consolation of Philosophy within the narrative itself also becomes an explicit plot device in several ways.

The difficult path to publication

As outlined in the introduction to a later revised edition, the book would never have been published if Toole's mother had not found a smeared carbon copy of the manuscript left in the house following Toole's 1969 suicide, at 31. She was persistent and tried several different publishers, to no avail. 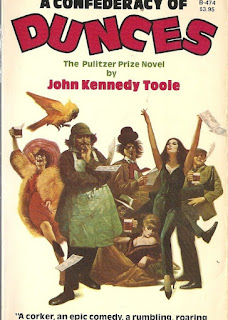 Thelma repeatedly called Walker Percy, an author and college instructor at Loyola University New Orleans, to demand for him to read it. He initially resisted; however, as he recounts in the book's foreword:

...the lady was persistent, and it somehow came to pass that she stood in my office handing me the hefty manuscript. There was no getting out of it; only one hope remained—that I could read a few pages and that they would be bad enough for me, in good conscience, to read no farther. Usually I can do just that. Indeed the first paragraph often suffices. My only fear was that this one might not be bad enough, or might be just good enough, so that I would have to keep reading. In this case I read on. And on. First with the sinking feeling that it was not bad enough to quit, then with a prickle of interest, then a growing excitement, and finally an incredulity: surely it was not possible that it was so good.

The book was published by LSU Press in 1980. It won the Pulitzer Prize for Fiction in 1981. In 2005, Blackstone Audio released an unabridged audiobook of the novel, read by Barrett Whitener.
While Tulane University in New Orleans retains a collection of Toole's papers, and some early drafts have been found, the location of the original manuscript is unknown.

I like the character of Ignatius J. Reilly so much that I have often written letters to the editors of local newspapers as this character... 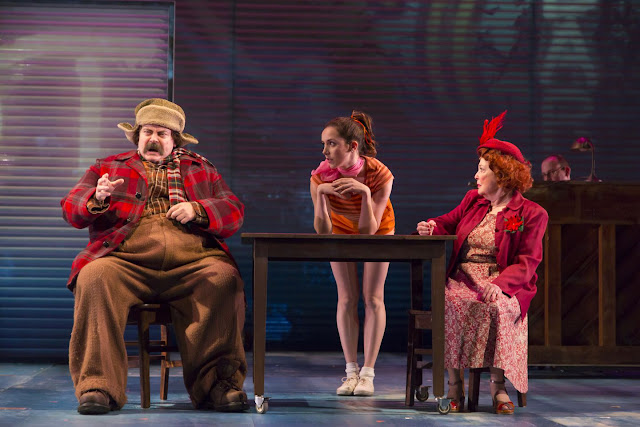 Email ThisBlogThis!Share to TwitterShare to FacebookShare to Pinterest
Labels: Confederacy of Dunces