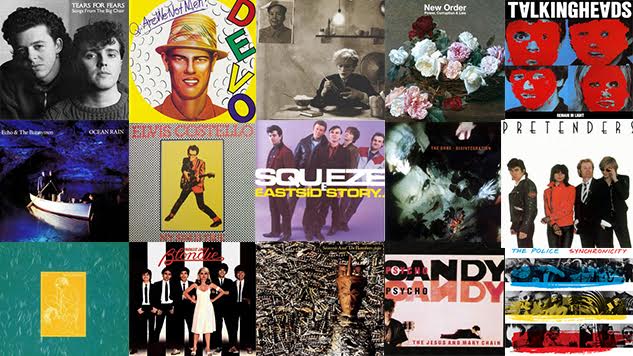 New wave, category of popular music spanning the late 1970s and the early 1980s. Taking its name from the French New Wave cinema of the late 1950s, this catchall classification was defined in opposition to punk (which was generally more raw, rough edged, and political) and to mainstream “corporate” rock (which many new wave upstarts considered complacent and creatively stagnant). The basic principle behind new wave was the same as that of punk—anyone can start a band—but new wave artists, influenced by the lighter side of 1960s pop music and 1950s fashion, were more commercially viable than their abrasive counterparts.

New wave music encompassed a wide variety of styles, which often shared a quirky insouciance and sense of humour. In the United States this broad spectrum included the B-52s, leading lights of an emerging music scene in Athens, Georgia, whose hybrid dance music mixed girl group harmonies with vocal experimentation such as that of Yoko Ono; Blondie, with its sex-symbol vocalist Deborah Harry; the disingenuous tunefulness of Jonathan Richman and the Modern Lovers; the Go-Go’s, whose debut album, Beauty and the Beat, reached number one in 1982; the Cars, who found immediate Top 40 success with “Just What I Needed”; and an artier avant-garde that included Devo and Talking Heads.


In Britain new wave was led by clever singer-songwriters such as pub rock veterans Nick Lowe, Graham Parker, and Elvis Costello; Squeeze and XTC, whose songs were sophisticated and infectious; ska revivalists such as Madness and the Specials; genre-hopping Joe Jackson; synthesizer bands such as Human League, Heaven 17, and A Flock of Seagulls; and the so-called New Romantics, including the cosmetics-wearing Duran Duran, Adam and the Ants, and Culture Club. As the mid-1980s approached, the line separating new wave from the corporate mainstream blurred, especially for bands such as the Pretenders (fronted by former rock journalist Chrissie Hynde), the Police, and U2, who became hugely popular. Although punk was pronounced dead (though it later would inspire grunge and alternative), the music and fashion sensibilities of new wave continued to influence pop music through the 1990s. 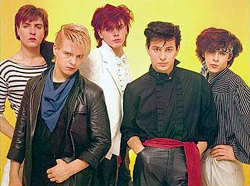 Top 50 New Wave Songs Of All Time (as decided on by WFDU listeners):
1. Joy Division - Love Will tear Us Apart